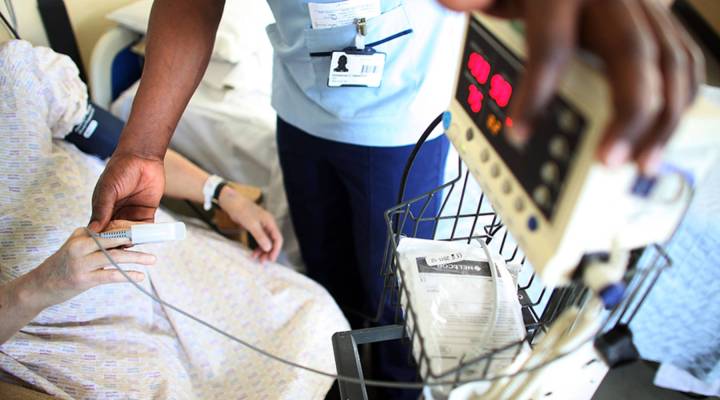 After 35 years, Gretchen Miller suddenly found herself without health insurance.

Miller’s husband lost his job at a rock radio station in Morgantown, West Virginia, after 20 years.

“I was frightened,” she said. “Not because of him losing the job. It was losing the insurance.”

Buying coverage on their own was too expensive. Medicaid was off the table, too, because Miller’s husband received too much in unemployment. As much as their story is unique, the Millers also are a statistic.

This week the Gallup-Sharecare Well-Being Index reported that more than 3 million fewer Americans had health insurance at the end of 2017 compared to the previous year. It’s the first time since key provisions of Obamacare went into effect in 2014 that the uninsured rate went up.

Factors driving the reversal include insurers pulling out of the Obamacare exchanges, rising premiums and efforts by President Donald Trump and congressional Republicans to weaken the law.

As larger economic and political winds shift the health care landscape, people like Miller are pushed around. Miller has health problems, like a slow-growing brain tumor near her optic nerve.

In 2017, she called her physicians to cancel.

“I just told them that we lost our insurance,” she said. “They understood. This is West Virginia.”

With a .3 percent +/- margin of error, the Gallup-Sharecare Index found the uninsured rate went up for every demographic group, but “this increase in the uninsured rate is not even,” said Dan Witters, research director of the index.

For people like the Millers earning $36,000 or less a year, the uninsured rate climbed 2 percent. That’s a bigger increase than what more-affluent Americans saw. Witters also found a racial divide. More than twice as many Latinos and African-Americans lost coverage compared to white Americans. Under Obamacare, those disparities had been closing.

“But with the disproportionate increase in the uninsured rate among blacks and Hispanics over the last year, that has had the effect of undoing some of the benefits of the Affordable Care Act of the previous three years,” Witters said.

Health care experts predict more people will lose insurance in 2018 because Congress repealed the Obamacare mandate that people buy insurance or face a fine, and some states are expected to require people on Medicaid to work,

The Kaiser Family Foundation’s Larry Levitt said that would lead to hospitals taking on more debt — and people struggling.

“The evidence is clear, people without insurance get less care, end up sicker and, frankly, die sooner,” he said.

That describes Miller. While she may have avoided medical care in 2017, that doesn’t mean her problems went away. She worried about her tumor, and her feet kept swelling.

“I’ve been in pain on my feet. And didn’t want to go and get it checked out because afraid of getting tests and are we going to pay for tests,” she said.

Miller said they’ve bought an Obamacare plan for 2018. She joked that she’s looking forward to taking fewer ibuprofen this year. But the card still hasn’t come. And she’s not making any appointments until it does.