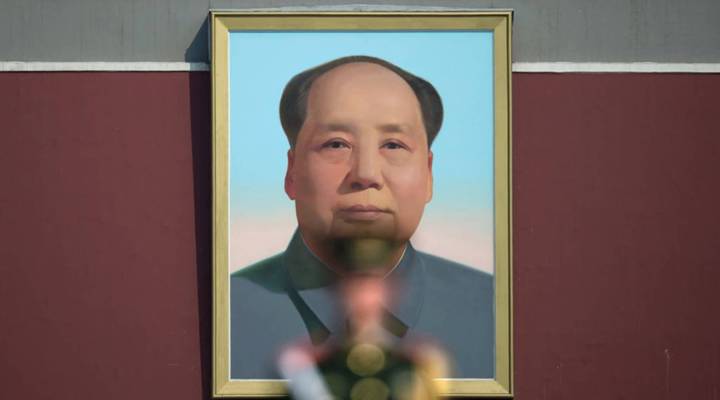 Scott Tong’s father escaped communist China on the first of two boats. The second boat sank. Thus began his journey to America and better life. He went to college, became an engineer and landed his dream job at IBM. He climbed the “escalator” of globalization and lived what has become the quintessential story of a successful immigrant. Tong himself went on to become a correspondent for Marketplace. But, as he writes in his new book, his father had a brother who wasn’t so fortunate. Marketplace host Kai Ryssdal sat down with Tong to talk about his book, “A Village With My Name.” Below is an edited transcript of their conversation.

Kai Ryssdal: I thought for a while about where to start with this book because there is a whole lot in it. I want you to start with your dad. Tell me about your dad.

Scott Tong: Sure. My dad is the great globalization American story. So my dad was 10 years old when he ran. He fled out of China with his father in 1949. So the communists came and he gets out and there were two boats that were taking refugees from China over to Taiwan. And he gets on the boat that didn’t sink. The one that did had casualties on the order of the Titanic, you know, more than a thousand people. So every family has one of these miracle stories when you start looking into it, and that’s part of it. So he goes to Taiwan, it’s part of this American umbrella, and basically takes the ladder, takes the escalator of globalization, comes to the United States. He’s an engineer. He goes to graduate school in Minnesota, works for IBM, the only company he ever wanted to work for. We all have heard a lot of those stories, and that’s the story that I grew up with, the narrative and the framing. I just didn’t have the story of those who didn’t make it out.

Ryssdal: Which is the next question, because your dad has a brother.

Ryssdal: And he is the guy who was left behind.

Ryssdal: And it’s a long convoluted family story. I’m going to ask you to compress it for radio’s sake.

Tong: Absolutely. But he was the eldest son. My father was the fortunate one to get out. And my uncle was the one left behind. And until I went to China in 2006 for Marketplace and got to know this uncle, I didn’t know his story, and it is, for Americans far away, this great under-told story of what happened behind the curtain of China under Mao. His story is one of great suffering, being punished during the Cultural Revolution, and the reason he was punished was because he had overseas relations. This is when it was not OK to be connected to the outside world.

Ryssdal: And to be clear, the overseas relations, that’s your dad and your grandfather, the ones who left.

Tong: That’s right. Having relatives overseas in Taiwan, and it was his father who was connected to the previous regime that lost the war.

Ryssdal: One of the things you and I have talked about, both when you were in China and since you’ve come back and when I was over there with you and we were doing our reports there is how intertwined our economic fortunes are, our two countries. It seems in this current moment that there is a will on the part of the leadership of the United States to try to disentangle those futures. Do you think that’s possible?

Tong: I think it’s pretty hard. I think the well-being of people in China is very connected to the United States. When China opened up, a lot of the capital that flowed in was American. The markets that China sold their goods to, a lot of them came to the United States. A lot of the students came here. I mean, you can draw all of these dotted and straight lines I think between China and the United States for the Chinese side of the story and the U.S. side of the story. Free trade has brought, by one measure, a measure of a basket of clothing. The price hasn’t gone up since 1986. I mean, we don’t really think about how prices have stayed low for a lot of basic kind of commodity things, and part of that is globalization. Part of that is the most efficient countries produce what the world uses. So the story up to now is a pretty interconnected story. It would be hard to disentangle that, although, you know, the United States, the administration is kind of doing what it can to try to do that. Kind of pulling back from these trade deals. You pull back, you’re just losing customers, right? You’re raising your drawbridge a little bit from the world.

Ryssdal: I want to go back to your dad on the way out here, and the book, “A Village With My Name.” You found your family’s village.

Tong: We didn’t think it existed. We had old, bad information about whether it still existed along the Grand Canal in eastern China in the middle of nowhere, kind of Jiangsu province. In the end, it took a full day, almost gave up, and we did find it. Everybody there has the same last name. Very surprising. And we got the story of my great-grandfather, who was the first out of the village, kind of the first mover in our family. It was a great story except it was incomplete and parts of it were wrong, which means you always have to go somewhere twice to get the real story.