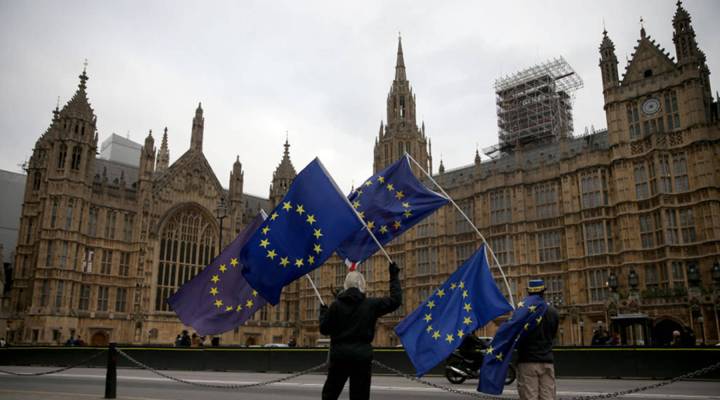 The talks between Britain and the European Union about Britain leaving the bloc seem to have hit the buffers again. This time, the obstacle in Britain’s path is apparently insurmountable. The issue is the border between the British province of Northern Ireland and the Irish Republic. The Irish government, backed by the rest of the EU, is demanding that Britain guarantee that, after Brexit, the Northern Ireland border will remain as open as it is today. And the Europeans want that in writing before Britain is allowed to begin negotiations on its future trade relationship with the bloc.

Companies on both sides of the border are very much in favor of keeping it wide open.

“We’re a huge importer and exporter of products to the U.K.,” said Anthony Rooney, sales director of Combilift, an Irish forklift truck manufacturer with a factory not far from the border. “We rely on the U.K. as our home market. We need to make that movement of products as easy as it is currently.”

Many businesses in Northern Ireland feel the same. Balcas, one of Britain’s biggest timber companies, processes logs mainly shipped up from the Irish Republic in the south and its profitability depends on working around the clock, every day of the year. If there were checkpoints and customs posts in the way, CEO Brian Murphy said, his profit margins would suffer.

“We have 23,000 cross-border commercial lorry movements every year. If we lost an hour on each truck movement, the efficiency of the business would be badly impaired,” Murphy said.

This could be a matter not just of profits but of peace. Some fear that a hard border could reignite the violent struggle between those in Northern Ireland who want the province to be united with the Irish Republic and those who want it to remain part of the U.K. That conflict was formally ended with a peace agreement on Good Friday in 1998. The accord stipulated, among many other things, that there should be no physical border between north and south.

So if everyone accepts that, why should it prove difficult for the British government to give the undertaking that the EU requires? It’s because there is disagreement over the best way of avoiding a hard border. On Monday, the EU and Britain had apparently struck a deal. The British government accepted that Northern Ireland would maintain what it called “regulatory alignment” with the Irish Republic, while Britain makes its own rules after it leaves the EU. But that provoked an angry reaction from Arlene Foster, leader of Northern Ireland’s pro-British Democratic Unionist Party.

“We will not accept any regulatory divergence which separates Northern Ireland economically or politically from the rest of the U.K. The economic and constitutional integrity of the United Kingdom must not be compromised,” Foster declared at a news conference in Belfast.

Foster cannot be ignored. Her party’s 10 lawmakers are key parliamentary partners with the British government. If she withdraws her support, the government could fall.

There are other difficulties. Political leaders in Scotland, Wales and London announced that if Northern Ireland were granted this “regulatory alignment” with the EU, they would like the same arrangement. That might defeat two of the main objects of Brexit: for Britain to free itself from EU control and be able to negotiate its own free trade deals with the rest of the world.

British Prime Minister Theresa May, harried on all sides, is attracting some sympathy even in Brussels and in Dublin. She is in the grip of a genuine deadlock. And there’s a deadline, too. If she is to have any hope of starting trade talks with the EU at the start of next year and of delivering a smooth Brexit on schedule, she’ll have to crack this conundrum and find a formula that satisfies all sides by the end of this week.