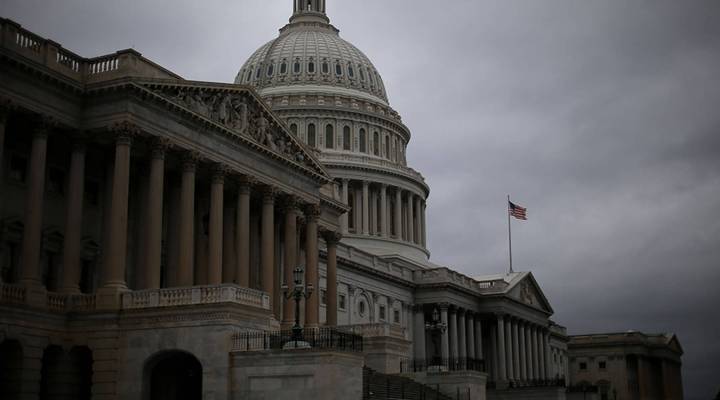 House Republicans are currently floating ideas for a short-term fix to keep federal funding flowing and avoid a partial government shutdown next week.

“I think it will go all the way down to the wire. The deadline being so near in December … it will come to a crisis, I think,” Charles Tiefer, a professor from the University of Baltimore law school, said.

They will be attempting to beat a Dec. 8 spending deadline, and it is possible the GOP will be introducing legislation to extend the conversations in Washington until Dec. 22 or even early 2018.

Funding the government is generally considered one of those “must-pass” bills in Congress. But it is also a type of bill that will not pass along a mere party line vote.

That leverage can be used to demand more hurricane funding or action to protect recipients of the Deferred Action for Childhood Arrivals program — especially in the Senate, where the GOP has a narrow majority.

“And if a lot of the more conservative members of the House refuse to back spending bills, Democrats are going to be needed there,” Vanden Houten said.

Additionally, President Donald Trump could make demands, such as money for a border wall. There are also all the deals the GOP is making to push through their tax plan.

“Given what the Republicans are currently doing on tax reform, my bet is that the Democrats will be asking for some pretty steep concessions,” Columbia University political science professor Gregory Wawro said. Concessions like funding for health insurance subsidies, for example.

Wawro said the current political dynamics give Democrats leverage as Congress attempts to avoid a shutdown, “but ultimately they may end up with more leverage if a shutdown occurs and the public reacts negatively as they have in the past to government shutdown.”

“These shutdowns are not just some kind of game,” said the University of Baltimore’s Tiefer. He used the example of the previous government shutdown, when cancer patients were unable to get into Food and Drug Administration drug trials because under the rules of a shutdown, an existing program could not be expanded.

While Congress could keep passing resolutions to keep the government open, Tiefer said that would project a lack of leadership by Republicans.

“That would be a real black mark when you remember that the Republicans hold the House, the Senate and the presidency,” he said. “They can’t even get a budget through for at any time during an entire year?”