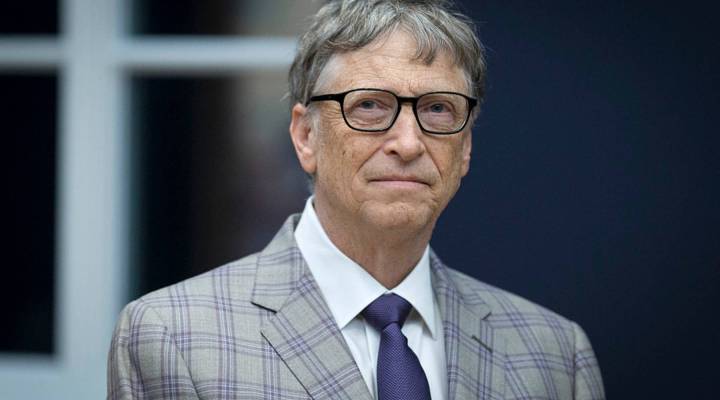 Through his foundation, Bill Gates has focused on reducing global poverty, finding cures for infectious diseases, and promoting education and sustainable energy. Now Gates is getting into an area that’s new for him: Alzheimer’s disease. Today, the philanthropist and co-founder of Microsoft announced he is investing $50 million in the Dementia Discovery Fund to accelerate research and progress in tackling the disease, which affects more than five million Americans. The investment is a personal one, not part of the foundation’s work.

Gates spoke with Marketplace Morning Report host David Brancaccio about why he’s optimistic about a breakthrough. Below is an edited transcript of their conversation.

David Brancaccio: I think it’s fair to say we’ve all been touched by this medical issue at one level or another. Why did it grab your attention personally?

Bill Gates: Well, the mystery of why the various drugs haven’t worked drew me in. Some of the men in my family have had this, and you know, I’ve seen the human tragedy of the disease. The idea that the more people we get engaged in this, the faster the research is going to go, including, I hope, to get some of the data organized so it’s easier to see what’s going on. You know it’s just a huge problem.

Brancaccio: Let’s talk about the role of data. You think this whole area is a little bit opaque?

Gates: Yeah, if you look at the success in things like heart disease, these data sets of understanding — you know, who is more susceptible and who wasn’t — they made a big difference. With Alzheimer’s we have a lot of trial data including the failed trials, we have long-term studies, really understanding the different factors that contribute, you know how cognition goes along with various biological markers, a great data set will help the researchers.

Brancaccio: I have asked versions of this question before but I’m always interested, is it a problem that a wealthy individual like yourself has to enter in to the marketplace in this way?

Gates: Well, the success we’ve had in other disease areas like cancer involved a generous government R&D budget, lots of small startups many of whom failed, and then big pharma. And unless you have all three of those things, you’re not going to get there. And so we’re starting to see each of those be improved, and you know, my role will be in high risk investments and helping to organize the data.

Brancaccio: Because as an entrepreneur you’re willing to tolerate some failure in this complicated area of research?

Gates: Sure, I can afford to take high risk, and you know, whichever company succeeds here the payback will be good. That’s not my primary motivation, but hopefully that’s why we expect the level of investment to go up.

Brancaccio: But I can hear it in your voice, this sense of optimism that Alzheimer’s and some of the other dimensions could be amenable to some kind of treatment. What is the source of this optimism?

Gates: Well, the tools we have to look at what’s going on in the brain keep getting better and better, and our ability to look at genetics and understand why some people get it at an early age and what that says about the biological pathway — we’re getting a lot smarter. Now it’s a long ways from that knowledge to having a drug, but our chance in the next 10 to 15 years of getting an advance, I’d rate it highly.

Correction (Nov. 13, 2017): An earlier version of this story identified Gates as the founder of Microsoft. He is a co-founder, along with Paul Allen.