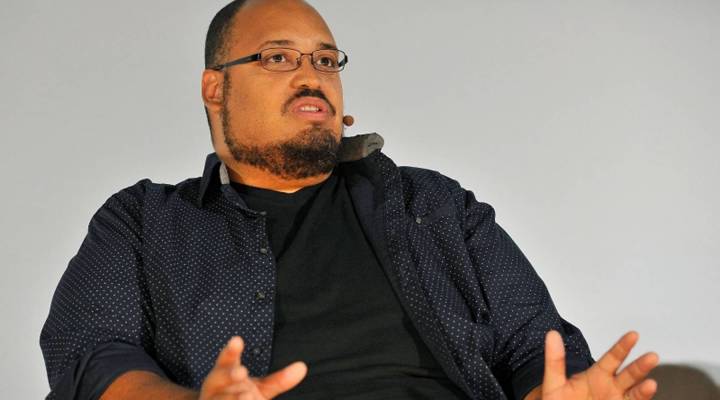 COPY
“What's amazing about YC is ... you don't have to know anyone, so there isn't some type of old boys' club," says Michael Seibel, a Y Combinator partner. Photo by Steve Jennings/Getty Images for TechCrunch
How venture capital works

“What's amazing about YC is ... you don't have to know anyone, so there isn't some type of old boys' club," says Michael Seibel, a Y Combinator partner. Photo by Steve Jennings/Getty Images for TechCrunch
Listen Now

When Michael Seibel became Y Combinator’s first African-American partner in 2014, he had a goal of increasing the number of companies founded by women and people of color.

Accelerator programs, generally, provide early stage funding to batches of startups along with mentoring. Seibel is an alum of Y Combinator himself. He went through the program first as co-founder of Justin.tv, which later became Twitch, and then again with the company Socialcam, a mobile video app that was acquired by Autodesk.

Seibel will be at this weekend’s AfroTech conference in San Francisco, judging a pitch competition, where entrepreneurs will have a chance to sell their ideas to him. He spoke with Marketplace’s Amy Scott about the role accelerators can play in increasing diversity in the tech scene. An edited transcript of their conversation follows.

Michael Seibel: At its core, what’s amazing about YC is you don’t have to work to get in. You don’t have to know anyone, so there isn’t some type of old boys’ club. And since we started tracking two and a half years ago, we’ve actually funded over 180 female founders and over 150 black and Hispanic founders. I think that the open application is a signal to these communities, “Hey, like, I can apply. Anyone can apply. I look equal to anyone when applying.”

Amy Scott: And you’re transparent about your percentages. They still on the page look low, though, among your class of founders from this summer, 12 percent were women, less than 5 percent were black. How do you change the way you recruit applicants to start to bring those numbers up?

Seibel: One of the things that we attempt to do, we actually go out on the ground and recruit. One thing that we’ve been doing for the last couple of years is called the YC tour. We actually travel around the country and around the world, and we actually want to physically reach out and meet founders and go to where they are. A lot of times when you’re an investor, it’s very easy to lean back and say, “Well, people should come to me in Silicon Valley.” YC has the opposite opinion.

Scott: How does the diversity or lack of diversity among investors play into this equation? Is part of creating a more diverse tech scene to also increase diversity of those who are funding companies?

Scott: Do founders often turn into investors themselves?

Seibel: Yes. Nowadays, there’s a very large trend for investors to be recruited from the founder community. I think that it’s driven by a couple of things. One, a former founder knows what you’ve gone through and can actually offer some practical advice. Two, the network of a former founder tends to be fairly strong. And the last one is that if you think about this from a founder perspective, who would you rather work with? Someone who’s been in your shoes or someone who’s more on the finance side that’s used to crunching numbers but who has never really run a company? And what’s really interesting about this is that you don’t necessarily have to be a successful founder to be a successful investor. One of the cool things about the Valley is that everyone knows the odds are against you. And so no one blames you for trying and failing. In fact, you get credit for that. It’s one of the few industries where that’s the case.

Scott: As part of the work you’re doing, you’re going to be speaking at the AfroTech conference in San Francisco this weekend. What are you going to be talking about?

Seibel: So one of the things that’s so interesting when talking to minority founders specifically is that there is really a knowledge gap in understanding what the risk-reward profile is for doing a startup.

For a lot of, you know, smart, talented, technical minorities, it’s possible they have student loans. It’s possible that they’re one of the first in their family to go to school. They look at a job that they can get at a Google making six figures, and they think that is the kind of best option for them. And so a lot of times in at conferences like AfroTech, I just talk about the alternatives. I talk about how, if they can get a job at Google now, they can definitely get one later. I talk about how, if they have technical skills, they actually have a safety net. There is always going to be demand in the economy, and so therefore they can actually take risks that might not make sense to previous generations or to their parents.

To be honest, I think they have a higher obligation to think about creating a company, and to think about being a model for the next generation of minorities who want to be successful in America.