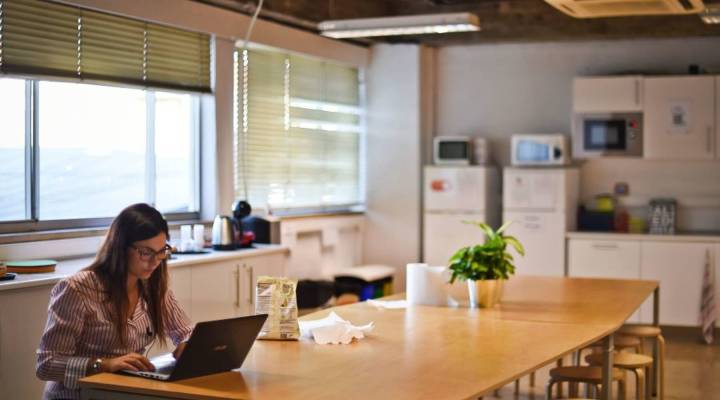 Last week staff at the Weinstein Company issued a statement in which they called for all employees of that company to be let out of agreements they’d signed that forced them to keep misconduct under wraps.  These confidentiality agreements have been a key reason why stories about sexual harassment aren’t publicized. Whether you sign them when you join a company or after you’ve settled a harassment case, the effect is the same: the details don’t get out.

Lawyer Marina Kats Fraigun handles a lot of sexual harassment cases, always representing the plaintiff. She’s been working with a client lately, a woman in her forties, who said she’d been harassed by her direct supervisor, an older man. She complained to HR, and the man retaliated. Ultimately the woman was fired. Fraigun said her client and the company have agreed to settle.

But as Fraigun prepared for the settlement meeting, she had to tell her client that she would be expected to sign a confidentiality agreement. “You’re not going to be able to talk about this or put it on social media or name him, or anything like that,” Fraigun told her. If she wanted to go public, the woman would need to take her former employer to court. Fraigun said “that’s such a big, scary thing” for most clients, they don’t do it. It’s also expensive.

Her client in that case ended up settling for an undisclosed sum.

Confidentiality agreements have been around in various forms for decades. They encompass everything from non-disclosure agreements, which you may be asked to sign when you start a new job, to non-disparagement clauses, which usually come when you’re parting on bad terms. The agreements are designed to protect the company and keep things quiet. In harassment settlements, the company doesn’t admit wrongdoing.

Employment lawyer Ann Fromholz said that to the company, what happened isn’t fact – it’s allegation. “So the company is paying to keep those allegations from becoming public,” she said. “Because that would be harmful in the company’s eyes – to the company.” No company wants information floating around that could damage its reputation and possibly its bottom line.

Brenda Smith is a professor at American University Washington College of Law. She said being paid off and keeping quiet makes sense for most victims. Their privacy is protected, as well as the perpetrator’s, and they avoid the stress of a trial. Still, she said, the secrecy keeps bad company culture alive and well, because it can allow harassment to continue. “It can also really concretize the trauma for people who have suffered harm,” Smith said. “They may be under the impression they are the only one.”

When in fact, one harasser can have multiple victims, none of whom know about the others.

Fraigun once represented a man who had been harassed by another man at his office. The company settled and her client signed a confidentiality agreement. But then Fraigun began hearing about other cases of harassment by the same man, at the same company. She then started representing those victims. Which caused her a few problems, “because I know I have to protect that other client who had already signed a confidentiality agreement,” she said.

That meant she couldn’t even tell her new clients she knew all about the perpetrator from her work with the earlier client. All those details had to be kept private.

Fraigun doesn’t see confidentiality agreements disappearing any time soon. But Fromholz isn’t so sure. She said she would expect companies to still insist that the amount of a settlement be kept secret. But given a bill introduced in New York to outlaw confidentiality for claims of harassment, and similar legislation, aimed at ending confidentiality in sexual harassment settlements in California that a lawmaker there plans to introduce early next year, Fromholz said, “we may be seeing the very beginnings of a trend.”

A trend that would mean future confidentiality agreements aren’t quite so confidential, and might allow harassment victims to talk about the facts of the case.

And if the facts — or allegations — are out there, it gives employees a chance to find out what may be going on at their company. And harassers will have no place to hide.