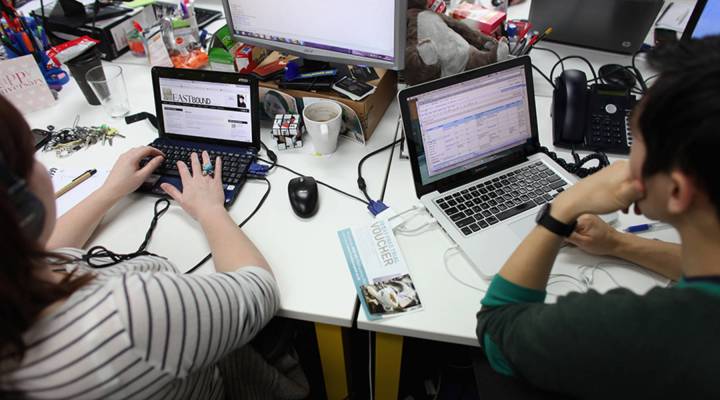 In the days since the Harvey Weinstein story broke, more women have come forward with their own stories of harassment. In many of these cases, the accusers aren’t the only people aware the harassment was going on. Weinstein’s alleged sexual misconduct has been called an “open secret” in Hollywood.

So why didn’t anyone intervene?

There’s a lesson from Psychology 101 that sheds some light on this. It’s called the “bystander effect,” and its relevance is growing for businesses.

Kitty Genovese was brutally murdered in New York in 1964. The New York Times ran a front-page article with this shocking first line:

“For more than half an hour 38 respectable, law‐abiding cit­izens in Queens watched a killer stalk and stab a woman in three separate attacks in Kew Gardens.”

That attack became a symbol of collective apathy, of people looking the other way instead of helping out. In 1994, President Bill Clinton recounted Genovese’s murder at a public safety speech, saying, “A call to the police would have brought a patrol car in two minutes, but as one man told investigators, ‘I don’t want to get involved.’ “

The details of some of those original reports, including the large number of bystanders and their response — or lack of response — have been called into question.

But Genovese‘s death opened up an area of research by psychologists known as the bystander effect.

“When we see problematic things that are happening, we often take the role of bystander,” said Dacher Keltner, a professor of psychology at University of California, Berkeley. “We don’t intervene.”

He said multiple studies out there show that when a group of people sees something bad happening, individuals are less likely to help out. Part of the explanation involves what psychologists call “diffusion of responsibility.”

“We assume other people will intervene,” Keltner said, “and then we pull back from our nobler tendencies.”

There’s something else: If I see nobody acting, I think maybe I’m misunderstanding what’s going on, and I sit on my hands.

This all brings us to Harvey Weinstein. His alleged harassment wasn’t only shared as industry gossip at the Beverly Hills Hotel Polo Lounge. It came up in public. Weinstein’s agressions were written into the TV show “30 Rock.”

“I’m not afraid of anyone in show business,” says actress Jane Krakowski, playing her character (also an actress) Jenna Maloney, “I turned down intercourse with Harvey Weinstein on no less than three occasions out of five.”

“Congratulations, you five ladies no longer have to pretend to be attracted to Harvey Weinstein,” he said. The audience laughed and clapped.

When that type of response happens?

“You’re normalizing it,” said Stefanie Johnson, professor at the Leeds School of Business at the University of Colorado Boulder. “You’re saying it’s OK. You’re complicit.” She said the Weinstein scandal is “just the bystander effect at play.”

According to the Equal Employment Opportunity Commission, almost a third of the 90,000 workplace charges it has received in 2015 involved harassment. So how do you take the insight about the bystander effect and apply it?

Johnson said one answer is bystander intervention training. That’s basically teaching bystanders to do something.

“Part of the problem with the bystander effect is you don’t know if you should step in,” Johnson said, “but you also don’t know how to step in.”

Paula Arrowsmith-Jones is with the North Coast Rape Crisis Team, a nonprofit in California that does office training on harassment prevention. She said the bystander piece is still a pretty new idea.

She said she has not had employers asking specifically for bystander intervention training, but her team has started incorporating it. They teach strategies like creating a distraction. Arrowsmith-Jones said she might go up and interrupt what’s happening “without naming it specifically.” The tactic is “more like making an excuse to get the person in danger away from the person who’s causing the harm,” she said.

Arrowsmith-Jones said feeling empowered to step in is “rarely about knowing the perfect solution or the perfect words, it’s more about being willing to see it as a shared responsibility.”