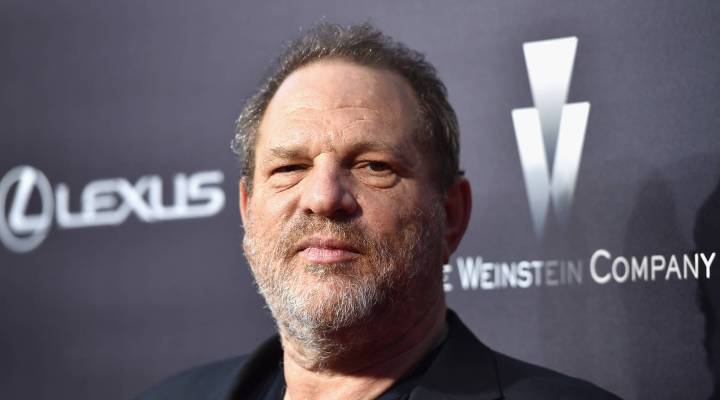 COPY
Janice Min says the Hollywood Reporter went after the story of Harvey Weinstein's alleged sexual misconduct, but “nobody would go on the record.” Alberto E. Rodriguez/Getty Images

Janice Min says the Hollywood Reporter went after the story of Harvey Weinstein's alleged sexual misconduct, but “nobody would go on the record.” Alberto E. Rodriguez/Getty Images
Listen Now

Bill O’Reilly, celebrity chef Jonathan Besh in New Orleans, Hollywood director James Toback, and, of course, Harvey Weinstein. Dozens and dozens of women have come forward, alleging those four men harassed and or assaulted them. Millions have been paid in settlements and nondisclosure agreements. The issue of sexual harassment and assault is one that’s become especially focused on Hollywood and the entertainment industry. Janice Min knows that subject well; she used to be the editor and is now a part owner of The Hollywood Reporter. Marketplace host Kai Ryssdal spoke to her about the recent revelations that have come out of the entertainment industry. The following is an edited transcript of their conversation.

Kai Ryssdal: When you were running the Hollywood Reporter, you have said, there were inklings of Harvey Weinstein. You went after this story. Why were you unable to get it do you think?

Janice Min: There are a lot of answers to that, but really the most basic one is nobody would go on the record. But even before we couldn’t get people to go on the record, finding people at all, I felt like at times we were chasing ghosts. You knew about this, you heard about this, lots of smoke but we could never locate the fire. It was probably one of the most maddening reporting exercises we did the entire time I was there, and it drove us crazy.

Ryssdal: I want to ask you about the culture of Hollywood in a minute, but there’s a smaller set of that that I think I need to touch on: None of this happened in a vacuum, right? There were agents who were sending young women to interviews with Harvey Weinstein. There were assistants who were facilitating. There was a network of enablers in Hollywood that helped this happen.

Min: Yes. I don’t want to be too hyperbolic here, but I’m hearing also from people in town a lot of discomfort with the cover-up, the willful blind eye that was turned to all of this, that agents, on the letterhead of their agencies — and let’s remember, Harvey Weinstein and his company have been represented by [Creative Artists Agency] for a very long time, no longer, right now, obviously. But that letterhead would go out to actresses saying, “Meet Harvey Weinstein, go to room, you know, 412 at the Peninsula, and you will have a one-on-one private meeting with him.” If all these actresses, many of whom are, let’s say, CAA clients or [William Morris Endeavor] clients, or any of these other agencies, had told their agents that after the time of their assault, which I believe many of them now say they did tell people privately, it’s stunning to think that then you are basically sending woman, after woman, after woman into the lion’s den.

Ryssdal: What do you make of the men now, who are coming out and saying literally, “I knew.” Quentin Tarantino, again in The New York Times, talked to them for an hour and said, “Mira Sorvino told me that this happened,” and that was 20 years ago.

Min: You know, it’s amazing. I think nobody could really have ever imagined the scope of what was going on here and the sheer numbers. I think these men, and I think we’ve seen this in various places that we’ve traveled just as individuals in our lives, where someone says, “That person is kind of a shady character” or “That person is kind of pervy,” and you might laugh about, it might make you uncomfortable, but it just sort of becomes the fabric of a place. And it’s one of those things where I feel like Hollywood didn’t want to know for starters, but also that you are living with ugly furniture for so long, you just sort of accept it. And so yes, we have the shock of the Harvey Weinstein allegations out now, but boy, I think there are so many more concentric circles that are going to implode as a result of this.

Ryssdal: Do you think this is a transformational moment for this industry, which is, by its very nature, predatory, especially upon young women?

Min: I mean, this this whole town is built on the abuse and exploitation of young women. And it’s fear. Fear that you are going to be replaced. Fear that you’re not going to get a job. Fear that a producer, even a big, hairy, sweaty producer who wants you to give him a massage can ruin your career. That is the power dynamic here. I think if you ask women in town to raise your hand if you haven’t been sexually harassed, you maybe could get two hands up, you know, up in the air. It’s this stunning awakening of the most open secret finally being spilled out into the world. Is it going to be a change? I don’t know. I think there will be a lot more thoughtfulness around hiring, and that will make a big difference because if you’re powerless, you have to find a woman in power to be able to go talk to if you want to see any change. And I think we’ve seen time and again whether it was at Fox News, at the Weinstein Co., you do the right thing, you’re a good corporate citizen, you go tell HR, and what does HR do? Nothing. And that’s where women can get just stymied in the system, and you end up feeling like you’re in “The Matrix” and not living a real or ethical life. 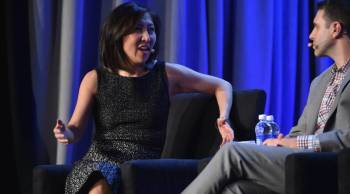