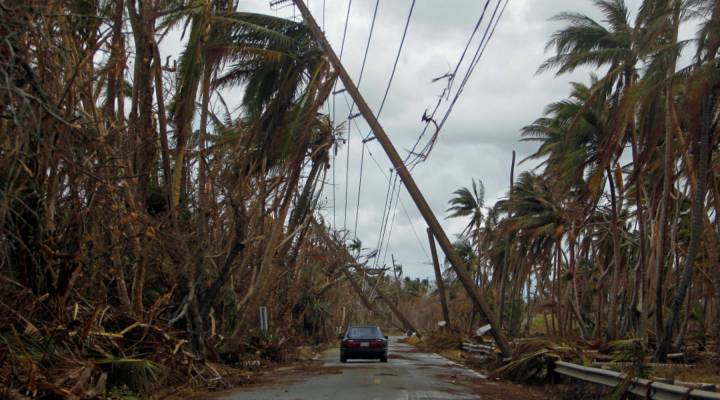 A month after Hurricane Maria destroyed Puerto Rico’s power grid, island officials report more than 80 percent of the island still doesn’t have electricity. People are relying on diesel generators, if they can get them, and waiting hours in line to buy fuel for them.

The Federal Emergency Management Agency has tasked the U.S. Army Corps of Engineers with getting the lights back on. Its mission ranges from providing generators for critical public facilities to repairing power lines across the island.

“And so most of the utility-to-utility type of activities couldn’t happen naturally because PREPA didn’t have the funds to do that,” said Devon Streit, who works on the energy restoration team at the Department of Energy.

PREPA has been broke and understaffed for years. So instead of outside power companies, the U.S. Army Corps is taking the lead.

“I think we’re seeing a much, much more involved USACE for Puerto Rico than we saw for the other two states that were affected by Harvey and Irma,” said Irwin Redlener, who directs the National Center for Disaster Preparedness at Columbia University. He said FEMA is in charge of the entire disaster response and uses the Army Corps as its sort of “engineering arm.”

Col. Jeff Lloyd is in charge of that arm in Puerto Rico right now. The Army Corps is getting 62,000 telephone poles from the mainland, plus the concrete for the foundations and those metal rungs to climb the poles.

“I think the biggest challenge we’re going to see is the amount of material to bring in to some of those remote areas,” Lloyd said.

The Army Corps will need helicopters to deliver everything. He said the Corps’ assignment is to put things back the way they were. And that means upgrading Puerto Rico’s grid to better withstand future storms will have to wait.