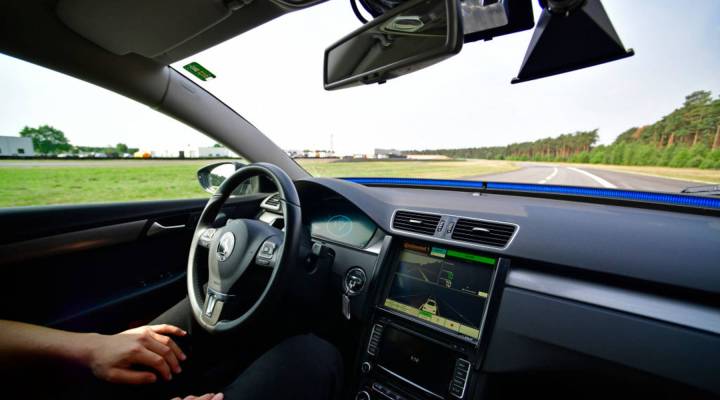 Right now, states and cities decide if and how they want autonomous vehicles on their streets. But the U.S. Senate is considering a measure that would standardize the rules of the road and let automakers sell more vehicles with self-driving capabilities over the next three years. The House of Representatives has already passed a different version of the bill.

Molly Wood: It seems like the major lever in this bill is that carmakers can request a higher number of exemptions from certain safety standards. Some consumer groups have said this is actually lowering safety standards for these cars. Is that accurate?

John Thune: No, it’s not. I mean, they have to obviously treat these cars differently than they might some existing vehicles. But essentially what you’re talking about — the number of vehicles that are exempted from some of the normal requirements ends up being less than 1 percent per manufacturer. So it’s a very small number of the overall cars that are sold every year in America. We have about 17 million vehicles that are sold in America every single year. So what’s allowed for in this legislation is a certain number of those have to be designed with some of these self-driving features. But with all the reporting requirements that we have in here with respect to the safety issues, we feel like this is a very safe way to advance this technology with tremendous safety benefits down the road, if we can reduce the number of fatalities that we have on our highways every year.

Wood: You know, just in the past year or two, though, we’ve seen major automakers really defraud customers, lie, to get around safety requirements or environmental requirements. I mean, can we rely on carmakers to accurately self-report what’s going right and what’s not?

Thune: Well, we require in those reports — there are certain things that they have to report on. There are certain issues that they have to address in the safety reports. So I think that we have safeguards built in there, and yes there is a certain amount, as there always is, when it comes to reporting, of expectations that people are going to play by the rules. But the Department of Transportation, we give them sufficient authority to enforce and make sure that these safety reports are being filed and being filed in a transparent way.

Wood: What kinds of exemptions could carmakers request?

Thune: Most of the requirements that exist with regard to vehicles that have drivers. There are certainly differences that will exist with a driverless vehicle in terms of how the regulators treat those. We have lots of laws today, for example, that require that you have a steering wheel. Well, if it’s a driverless vehicle, you really don’t need a steering wheel. So there are certain exemptions that will be available to some of the cars that are designed for self-driving purposes that perhaps will be different than the regulatory requirements for human-driving vehicles.

Sen. John Thune, a Republican from South Dakota, says the bill he co-sponsored “paves the way” to the future.

Wood: I want to talk about data for a minute. There’s a large privacy component to these vehicles. I mean, location data is very sensitive. People could use it to figure out if someone is cheating on their husband, for example. Particularly at a time when people are very nervous about tech companies and their private data, are we trusting these companies to use it well and protect it?

Thune: It comes down a lot to what the companies are collecting. You’re right. There’s a real sensitivity in our culture today about privacy, and I get that, and I think it’s something that it’s going to be really important to distinguish between information that’s specific to a particular person from safety information that’s necessary to constantly improve the performance of these vehicles, like whether they’re effectively avoiding certain types of collisions. And this is going to be an issue that we continue to debate as we look for longer-term solutions. But I think our bill does include provisions that help address that issue in a number of ways, one of which is the reports that manufacturers are required to file —those will be public, so people will know the types of data that’s being recorded by these self-driving vehicles. And then you’ll have this database that the DOT maintains that will describe the data that is collected by these self-driving vehicles, and how that information is going to be used, how information unrelated to vehicle performance will be limited, and ultimately destroyed, and the privacy policies that these manufacturers have to maintain. And most of what’s going to be collected is information that’s related to the safety of the vehicles and the performance of the vehicles.

Wood: Big picture, what do you think this bill means for the landscape in terms of deployment of self-driving cars in general? When do you expect to see these cars on the streets of South Dakota, and does any part about it make you nervous?

Thune: I think anytime you start talking about new technology, there’s always a sort of a resistance to change and a fear of the unknown, and there’s a certain element of that in this technology, as well. It will be disruptive. There’s no question about that. But disruptive in a way that in the long run will yield huge safety returns and dividends, as well as add significantly to the productivity in our country, and convenience, and help people who have transportation needs that can’t be met today by some of the existing modes of transportation. And so I just think that the sky’s really the limit.

I’m really excited about this, and I think the bill opens the door, paves the way, if you will, to that future. And clearly it’s not the final answer. We’re going to constantly be looking and monitoring this and trying to figure out what role Congress can play next, what role the regulators can play next, and making sure that the policy framework is in place that enables the technology to advance in a way that has optimum safeguards and ensures that it’s done in a safe way, but also takes full advantage of what we think could be enormous benefits to our society. And I think it’s kind of one of those things in our economy that comes along every once in awhile, that just has a really dramatic impact on the way we live our lives. And I think this kind of technology has that potential. 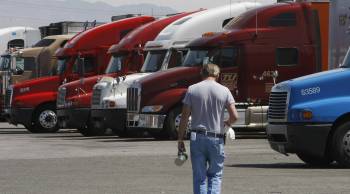 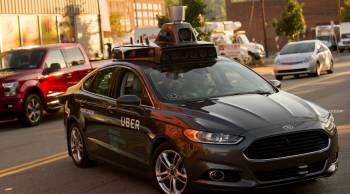