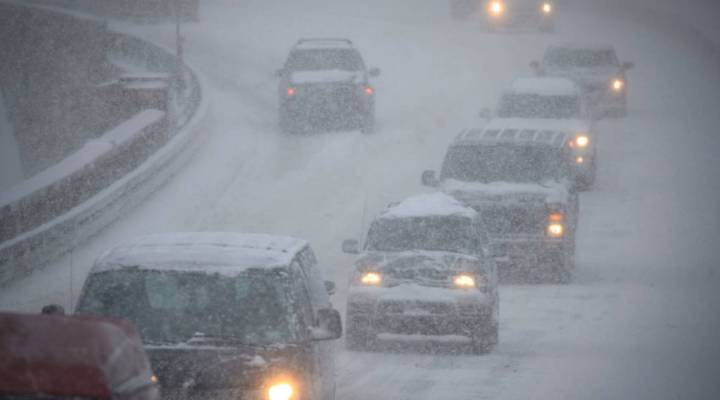 Lots of driverless cars are growing up in California, a place known for its sunny weather. It’s still hard for cars to see in snow and rain, and as they grow up, autonomous cars will need to function in all kinds of weather on the road.

In just the last two years or so, automakers have started expanding the range of places where they’re testing their vehicles, from sunny California to more snowy climates.

Marketplace Tech host Molly Wood talks about it with Chris Gerdes, a professor of mechanical engineering and director of the Center for Automotive Research at Stanford. Below is an edited transcript of their conversation.

Molly Wood: How big a problem is the weather issue?

Wood: How significant does this start to become when the weather’s changing a lot? Is the technology development and the testing able to keep up with the climate change that we’re starting to see?

Gerdes: We certainly see a lot more testing of automated vehicles in situations where there are weather extremes. So this is definitely increasing. It wasn’t necessarily where people started with the testing, but nowadays, you see a lot of the manufacturers specifically seeking out bad weather so they can get more data on how the cars behave.

Wood: Do you think it also forces a conservative approach to development or to the overall timeline of self-driving cars?

Gerdes: Well, I think there’s a lot of uses for self-driving cars that you can limit to good weather conditions. So the way that the government and the way manufacturers have been looking at these vehicles is really — describe the conditions under which the car can operate and describe the way that you’re making sure that the car isn’t operating in other conditions. So, cars might operate originally on a sunny day, then they’re fine if it’s drizzling a little bit, then they start to be able to handle larger amounts of rain, and then you know eventually the operational design domain may even allow us to go out in the middle of a blizzard.

Wood: This is a fast-moving industry. When you look at this landscape and you say — there are weather concerns, you’re still trying to test the outer limits of the car’s physical performance, there are these sort of ethical and programming questions — do you feel like this industry is moving a little ahead of its skis?

Gerdes: Things are moving very quickly, but I do think that the concept that most people are thinking about of — I don’t necessarily have to solve every problem before I get the vehicles out there, before I test them, before I see how people will interact with them. I can do that in a safe way in a limited sense and then begin to just expand their capabilities.

Wood: So it’s sort of like teenagers. We let them drive even though we know it’s not a good idea, knowing that they will eventually get better.

Gerdes: That’s a real point, when we talk about how good of a driver do we need the automated vehicle to be. We have some absolutely outstanding human drivers out on the road, and those who are perhaps future outstanding drivers but haven’t yet achieved that level.