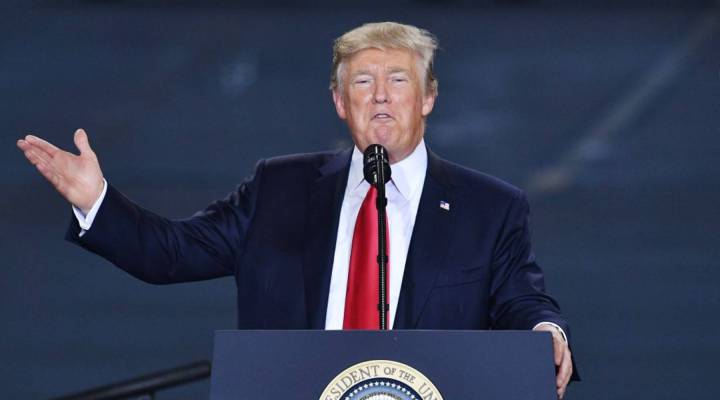 In its tax framework, the GOP leadership has promised to keep some of the most popular personal deductions, including the charitable deduction. But the value of that deduction could be limited by other changes to the tax code.

To explain, let’s start with a tradition that you, dear public radio supporter, are likely familiar with: the pledge drive. A few times a year, member stations around the country ask for donations, often touting their tax deductability.

Of course, people donate money to all causes because they support the mission of the organizations. But doing good isn’t the only reason people give.

“We know tax incentives are, in fact, really important,” said Jeff Moore, chief strategy officer at Independent Sector, which represents nonprofits. The group sponsored research from Indiana University’s Lilly Family School of Philanthropy, and “one of the really interesting things we found is just how responsive givers are to tax incentive,” Moore said.

Here’s how: The Republicans want to double the standard deduction and eliminate a lot of other write-offs.

“That proposal is likely to greatly decrease the number of taxpayers who itemize their deductions,” said Jon Bakija, an economics professor at Williams College. Fewer itemizers means fewer people who get a tax incentive to donate to charity.

Under the GOP tax framework, the only people who’d be left to take the charitable deduction would be the wealthiest taxpayers. That raises concerns about the social engineering of charitable giving, Bakija said. “If the rich are more likely to donate to the Heritage Foundation and the middle class is more likely to donate to the Sierra Club, this is going to affect which of those organizations get funds,” Bakija said.

“It’s not that United Way is for or against tax reform,” said Steve Taylor from United Way Worldwide. But the plan as it’s been proposed is the wrong way to go about encouraging more giving, he said. “Whether you are wealthy or middle class or low income, that shouldn’t matter if you are taxed on your donations to charity,” Taylor said.

Many charitable organizations, including his, are pushing for a universal tax deduction for charitable giving, a write-off anyone could take.

But that would cost money. And it isn’t currently on the list of tax breaks that Republicans seem most interested in paying for.