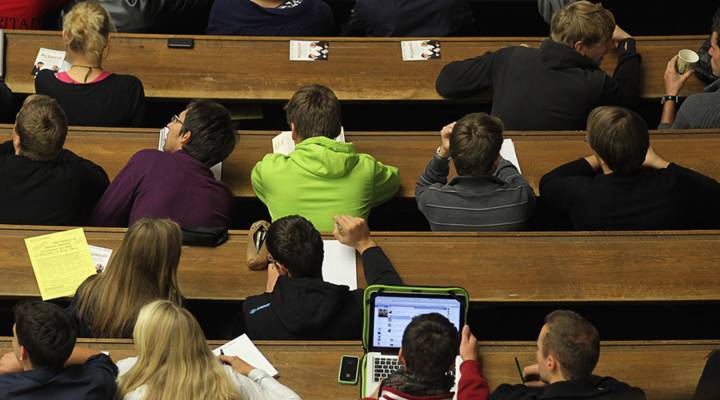 The major House bill overhauling the tax code would roll back several deductions and credits benefiting college students and their families, saving money for the government but potentially raising the cost of an education.

In a letter first reported by the Washington Post, Congress’ Joint Committee on Taxation says rolling back some higher education benefits will add more than $70 billion to government revenues. You can read the letter here.

Those changes will help pay for the tax cuts the Republicans prioritized in their tax overhaul, but some education experts say it comes at the cost of students.

“The bill goes completely in the wrong direction because it’s going to undermine access for undergraduates and for graduate students,” said Steven Bloom of the American Council on Education.

“I would say most middle income taxpayers who have student loan interest are able to take the deduction,” said Donna Bobek Schmitt, an accounting professor at the University of South Carolina. She ran the numbers on eliminating the education loan interest deduction, and determined losing the deduction for loan interest would not actually be a big hit to most borrowers.

“It’s more than made up for by the increase in the standard deduction and the lower tax rates,” she said. “So to me that’s a smaller issue than the tuition waiver for graduate students.”

The elimination of that tuition waiver is worrying a lot of people in higher education. The Bipartisan Policy Center’s Megan pointed out many graduate students rely on stipends provided by their universities, in addition to free tuition.

“Now this tuition is not counted as taxable income under the current system. But the House proposal would count this,” said Megan.

Karen Fisher of the Association of American Medical Colleges said this system is particularly common in STEM fields, “And having [students] receive… a tax on that tuition waiver would really dramatically undermine the research career pipeline.”

This change is a feature in the House bill, not the Senate version, and others argue it won’t have as much of an impact as students and their advocates fear.

“Universities that wish to avoid saddling their graduate students with large tax bills… can reclassify their qualified tuition waivers as scholarships, and avoid incurring any tax consequences,” wrote Preston Cooper in a blog for the American Enterprise Institute. “Because schools have this alternative method of providing tuition help, it is unlikely that many graduate students will see tax hikes if the House bill becomes law.”

Nevertheless, universities and students are lining up in opposition to the measure.