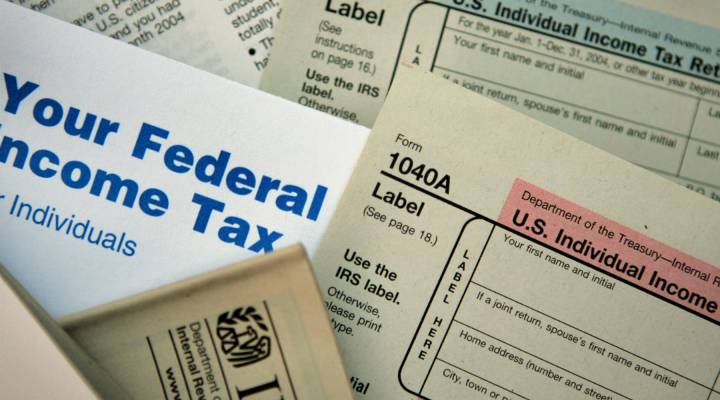 One business columnist is so disappointed in the Republican tax overhaul, that he’s been on a quest for creative ways to reduce his tax bill.

“If we had anything like a fair and rational and reasonable procedure, I probably would not aggressively be out cutting my taxes,” said Allan Sloan, a Washington Post columnist and Marketplace regular.

Under the new tax plan, many more taxpayers like him will have to take the expanded standard deduction, so Sloan got to thinking about the money he already gives to charity. He stopped by to share with us what he learned. Below is an edited transcript.

David Brancaccio: All right, you’ve come up with creative strategy No. 1. This is of use, you think, to older Americans.

Allan Sloan: Not to be confused with mature Americans. This works if you’re at least 70 and a half, and getting what are called “required minimum distributions” from your retirement funds.

Brancaccio: The government says you got to take some of your money out of retirement when you reach that age and above, and that’s all taxable.

Sloan: But what you can do is tell the people who administer your fund to send some of the money to specific charities instead of to you. And what happens then is the amount on which you owe taxes is reduced. And it’s the functional equivalent of deducting the charitable contributions.

Brancaccio: All right, awesome. Charity gets your money, but that’s not exactly the same as you reducing your tax bill — or is it?

Brancaccio: Now if you’re not 70 and a half years old or more, what could you do?

Sloan: There’s something I’ve come to call the DAFY strategy.

Brancaccio: You’re thinking of donor-advised funds. I don’t know where you get the Y at the end of DAFY.

Sloan: Well, that’s because DAF doesn’t say anything, so you just make it DAFY because it’s funny. What you do here is if you’ve got the money, take a whole bunch of years of contributions at once. Write one check to a donor-advised fund, so that way it’s deductible. And then over however many years you want to do it, you can tell the fund to send specific amounts of money to specific charities and you’ve gotten to deduct the money which you would not do if you took the standard deduction.

Brancaccio: But isn’t a donor-advised fund for people with yachts? People with three tennis courts in their backyard who drive Lamborghinis.

Brancaccio: And, look, this is complicated. Maybe they should read about it in your column?

Sloan: But of course.

You can read about Allan Sloan’s advice in his column here, and for more coverage on the GOP tax bill, check out our guide here.