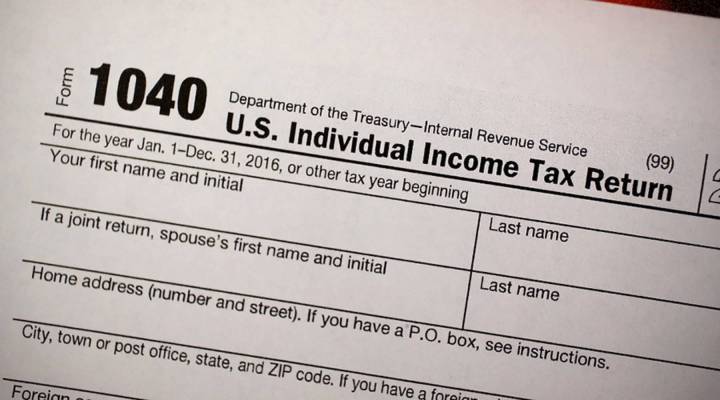 In the wake of the new tax law, we’ve heard a lot about how richer, generally high-tax and often Democratic-leaning states are going to take a hit. The federal government expects to raise some $600 billion, largely from those states, by limiting the state and local tax deduction.

Now there’s talk at the state level about how to dodge that blow. A few approaches have emerged thus far.

In New York, Gov. Andrew Cuomo is looking at swapping the personal income tax for a business payroll tax, which is still fully deductible at the state level.

“California says ‘Hey, if you want to give to your local public hospital or to your local fire department, we’ll give you a tax benefit,” said Daniel Hemel of the University of Chicago Law School. “A credit against state taxes due.”

Then, when the federal government takes its cut, there’s less income visible for it to tax. Jared Walczak of the Tax Foundation said the Internal Revenue Service sees right through this.

“The IRS usually doesn’t look favorably on gimmicks like that,” Walczak said, “and it certainly doesn’t have charitable intent.”

The IRS could block the states from doing this. But David Kamin of New York University Law said a 2011 IRS memo affirms the right of other states to do something similar. Many conservative states use exactly this trick to fund vouchers for private religious schools.

“The IRS has so far said you can get a charitable deduction for that,” Kamin said.

So changing the rules for California and New Jersey might kill tax-diverting programs in states like Alabama, too.

Kamin said New York’s proposed payroll swap stands on steadier legal footing than the charitable deduction plans, but regardless, these challenges reflect the haste with which the law was enacted and its partisan nature.

“The hyper-partisan environment will clearly lead to a lot of instability in the tax code going forward,” Kamin said. “The tax code is now a political game of pingpong playing out between two parties.”