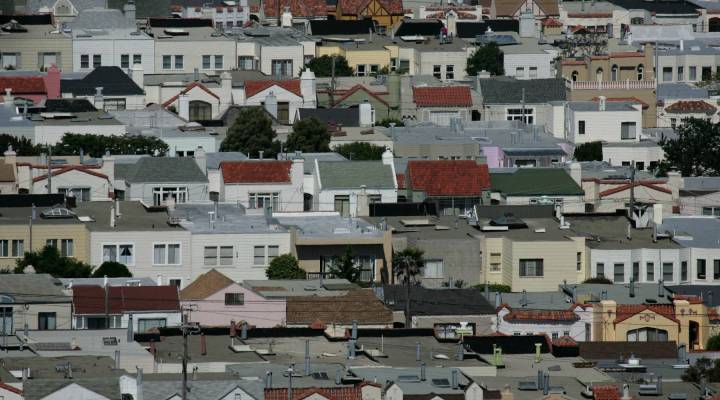 Ira Belgrade had been a Hollywood talent manager for decades when his wife, who was also his business partner, died suddenly from Lyme disease.  “I fell apart, my business fell apart,” Belgrade said.  “How was I going to tell my 2 1/2-year-old, ‘Now we’ve got to move, you can’t have that bedroom anymore’? I didn’t want to do that.”That’s when Belgrade decided to turn his detached home office, which had once been a garage, into a two-bedroom rental apartment known as an “accessory dwelling unit,” granny flat or backyard home. “And that would absolutely help me pay my mortgage,” Belgrade said.But when he brought this idea to the city for permits, it said no. Under Los Angeles’ strict regulations, Belgrade’s lot was too small, the unit was too close to the main house and it needed covered parking.

That is, until someone reported him. After an inspection and fine, Belgrade was told to get legal, he’d have to make changes to the tune of $50,000. That left him in limbo until he heard about a state lawmaker pushing reform in Sacramento. Turns out, planners had begun to see backyard structures — from converted garages to full freestanding houses — as a solution to the housing crisis. “There’s a lot of free land in the city, and it’s in people’s backyards,” said Dana Cuff, director of UCLA’s CityLab. The think tank has been studying the issue for a decade. LA has miles and miles of single-family homes, each with a backyard. By relaxing backyard homebuilding rules, Cuff says cities can boost affordable housing stock without spending any money. And families can turn their garages and backyards into sources of income. “Basically, it puts the growth of the city in the hands of individual property owners, so they get the benefits,” Cuff said. Cuff wrote the California bill to relax those tough requirements and fees for backyard homes. It became law this year. And while local zoning and safety laws still apply, it’s much easier to become a backyard landlord.

There are critics, of course, including those who worry increased backyard home development will increase traffic and exacerbate parking problems. Valid concerns in LA, but backyard homes should pop up gradually, giving time for communities to respond, Cuff said.

Meanwhile, the private sector is taking notice. “There couldn’t be a better time to get into this,” said Alexis Rivas, CEO of the company Cover, which designs, builds and installs prefabricated backyard dwellings. It placed its first home last week. “It’s a huge market,” Rivas said. “There’s over half a million single-family homes in Los Angeles with backyards that have potential for a structure like this.”

Rivas plans to produce 150 homes per year from his LA factory. He said a one-bedroom backyard home ranges in price from about $100,000 to $400,000, depending on the design and materials used.

Rivas isn’t the only one who sees a business opportunity here. After waiting seven years, Ira Belgrade said his backyard home was the first in LA legalized under the new law, and now he’s started a consulting business to help others get their backyard homes approved. The company is called YIMBY LA, or Yes In My Backyard Los Angeles.“I know what it did for me,” Belgrade said. “I know how it helped me.”

The process still takes some time, money and know-how, Belgrade said. But with the law finally on his side, it’s much easier than his first time around. 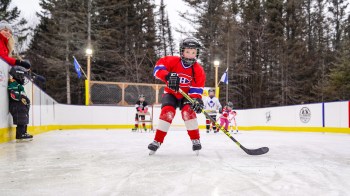