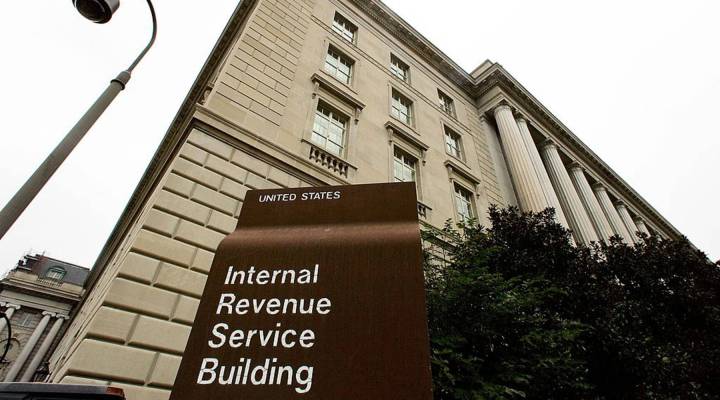 It was 2007. The air was starting to leak out of the housing bubble. Home prices were beginning their free fall.

“Many homeowners struggled to repay their mortgages, and were re-negotiating their mortgages with banks,” said Steve Rosenthal, senior fellow at the Urban-Brookings Tax Policy Center.

As part of those re-negotiations the banks sometimes forgave part of the debt for homeowners who had missed mortgage payments or were underwater and sold houses for less than what they owed on their mortgages. But the IRS saw that forgiven debt as income. Homeowners had to pay taxes on it, even though they no longer had a home.

“And it seems as if the IRS is hitting people when they’re down,” Rosenthal said.

So, to take the pressure off people who were already struggling through the recession, Congress passed the Mortgage Forgiveness Debt Relief Act in 2007.  It was supposed to expire after two years. But the recession dragged on. And lawmakers kept renewing it, helping millions of homeowners. Rosenthal estimates the Act would help a few million more if it were renewed. People like 49-year-old Fikirte Betru from Germantown, Maryland. She and her husband scraped by for years, to make their mortgage payments on time.

“We live from hand-to-mouth,” said Betru. “He work, we pay mortgage.”

Betru, an Ethiopian immigrant, said her husband was diagnosed with bone cancer two years ago, and couldn’t work. He was a truck driver.  They fell behind on their mortgage payments. To avoid foreclosure, they deeded the house back to the bank.  The bank forgave around $150,000 of their debt.  If the Mortgage Forgiveness Debt Relief Act isn’t extended, they’ll owe around $20,000 in taxes.

“I don’t think it’s right if you give forgiveness and then, on the other hand you say, you have to pay,” Betru said.

Consumer groups are lobbying to keep the Act alive, but it’s tough going. For starters, they have to get lawmakers’ attention.

“A lot of people are saying we know, it’s on the list,” said Marceline White, executive director of the Maryland Consumer Rights Coalition.

She says getting an extension is usually pretty routine. But this year?  Everybody’s preoccupied.

“There are lots of issues just in the past month that have come up, between the hurricanes and immigrant rights,” she said.

And White said a lot of people think the housing crisis is over, but it’s far from over in many parts of the country, like in Germantown, Maryland, where close to 10 percent of homeowners are still underwater.