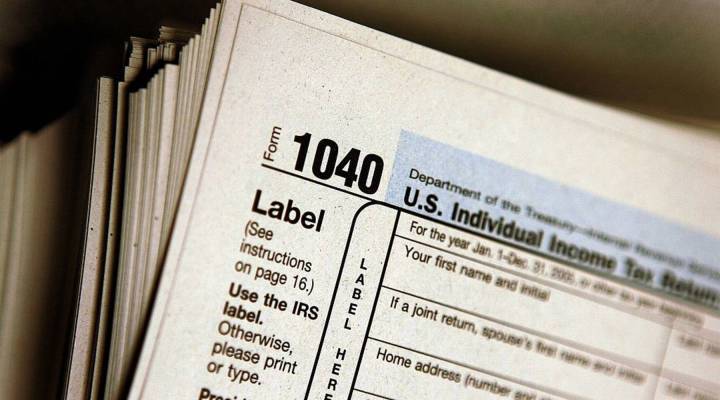 As President Donald Trump and congressional Republicans try to push forward on tax reform, tax preparation companies are angling for an opportunity to keep the government out – permanently out – of their tax preparation business.

This would keep the privatized U.S. system different from most others. Many governments help citizens do their taxes electronically, often for free. Agencies have people’s salary and tax data on file, so they simply pre-populate electronic tax forms. That could work in the U.S. s as well, proponents argue.

“If you had all the numbers you needed to file your tax return, all you’d be doing is adding your charitable contributions and hitting calculate,” said Joseph Bankman, tax law professor at Stanford.

In fact, Congress two decades ago voted to have the IRS help Americans file their returns. It never happened.

The IRS at the time asked tax preparation companies instead to act as middlemen, and provide free electronic filing to taxpayers with simpler returns. Industry seized on this, and got the Feds to sign a document pledging that it would not compete in this space.

“The memorandum of understanding forbids exactly what that act required the IRS to do,” said Dennis Ventry, tax law professor at the University of California, Davis.

Ventry said the private sector wants to keep the government out of the tax preparation space. Intuit, the maker of TurboTax, has hinted at this in Securities and Exchange Commission filings. In its 2016 Form 10-K submitted to the SEC, Intuit stated: “We anticipate that governmental encroachment at both the federal and state levels may present a continued competitive threat to our business for the foreseeable future.”

“Industry wants to keep a stranglehold over that particular service,” Ventry said, “which the IRS could just as easily provide.”

In their defense, tax prep firms argue they offer high-quality tax filing products, as part of a public-private partnership. Intuit and H&R Block did not reply to requests for comment, nor did a trade group of tax-preparation firms known as Free File Alliance.

The companies are allied with ideologically conservative groups that have warned against an IRS move to “socialize” tax preparation. “The IRS is one of the most feared agencies,” said David Williams, president of the Taxpayers Protection Alliance. “There needs to be a firewall between preparation and filing of taxes.”

However, the free electronic filing program offered by private industry hasn’t caught on. Less than 2 percent of eligible taxpayers use it, according to Nina Olson, the National Taxpayer Advocate in the IRS. She said the current software is not user-friendly.

“It becomes very, very confusing for the taxpayer,” Olson said. “And they might go through that first step and go ‘forget it, I’m going to go buy the software that I know the name-brand of.’” 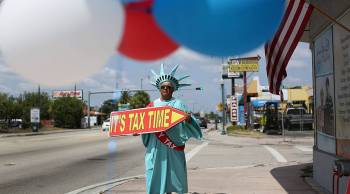