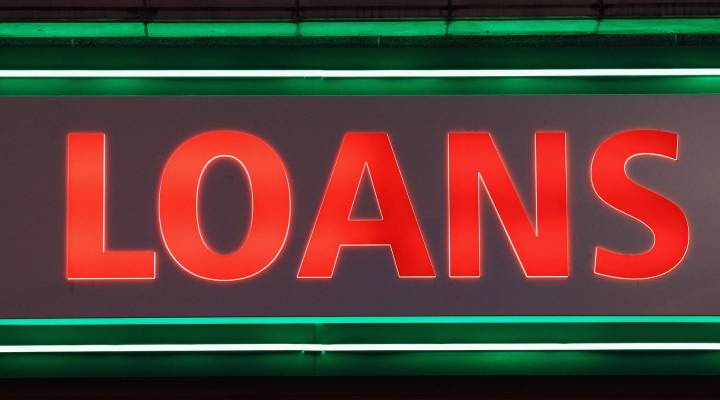 COPY
A neon sign above a branch of Payday Loans, who offer cash for gold and instant check cashing services. Oli Scarff/Getty Images

New federal rules on payday lending were finalized on Wednesday. The new rules, first proposed by the Consumer Financial Protection Bureau last year, will go into effect 21 months after they  are published in the federal register.

Payday loans are usually around $500, and come with fees and interest rates that are higher than those on typical loans. The amount borrowed is usually due within two weeks or the  on the borrower’s next payday — hence the name payday loans. Most borrowers, however, can’t afford to repay these loans and end up rolling them over each week.

More than 80 percent of payday loans are rolled over within two weeks, according to the CFPB. About half are rolled over at least 10 times. In such cases, borrowers can end up paying as much as 300 percent in interest before repaying the initial loan.

“Payday loans are debt trap products. They charge 300 percent interest on average and they cause borrowers significant harm,” said Rebecca Borne, senior policy counsel at the Center for Responsible Lending.

Regulators have been debating for years about the best way to regulate the $39 billion industry and the fight over the proposed rules has been intense. Last year, the CFPB proposed rules designed to protect borrowers from getting trapped in the cycle of constantly rolling over payday loans by requiring lenders to make sure that the borrowers have the ability to repay such loans. Lenders argue that if the borrowers had money to repay the loans they would not need them in the first place.

Under the new rule, consumers who want to borrow less than $500 can do so without the full-payment test if the loan is structured in a way that would allow the borrower to get out of debt more gradually.

“Under this option, consumers may take out one loan that meets the restrictions and pay it off in full. For those needing more time to repay, lenders may offer up to two extensions, but only if the borrower pays off at least one-third of the original principal each time,” according to the bureau’s press release.

The new rules also prohibit lenders from automatically withdrawing money to pay for the loan from borrower’s bank accounts. “This should mean fewer consumers being debited for payments they did not authorize or anticipate, or charged multiplying fees for returned payments and insufficient funds,” according to the bureau.

Lenders who have come out against the proposed regulations insist that they offer a useful and popular service and that they provide borrowers with all the necessary information about their loans.

On Wednesday — just as the CFPB announced the finalized rule —  Thaya Brook Knight, the associate director of financial regulation studies at the Cato Institute, wrote an op-ed for Fortune arguing that using the word “trap” is misleading.

“In fact, the terms of the loans are remarkably clear,” she wrote. “‘Borrow $100.’ ‘Pay $15 plus the amount borrowed.’ ‘Payment is due in full in two weeks.’ Try putting the terms of any other credit instrument — a credit card, an auto loan, a mortgage — into just 15 words. Even putting such loans into 15 pages would be a challenge. In fact, payday loans are a viable business model precisely because they’re quick and require little paperwork, making it feasible for them to lend to people with poor credit.”

Based on 826 interviews with borrowers, the Pew Charitable Trusts found that 76 percent of borrowers said the ability to get money fast is very important to them. Another issue important to 73 percent of these borrowers was the certainty that they’ll be approved for the loan.

Currently, access to small loans is limited in the U.S. Eight in 10 payday loans customers said they’d prefer to borrow from a bank or a credit union.

Lenders like Advance America argue that the proposed regulations could drive most small lenders out of business.

“Creating requirements that are more rigorous and complex than requirements associated with your mortgage or car loan seems to taking it too far,” said Jamie Fulmer, senior vice president of public affairs at Advance America.

Republicans have previously objected to payday loan regulation and the new rules may still be overturned by Congress.