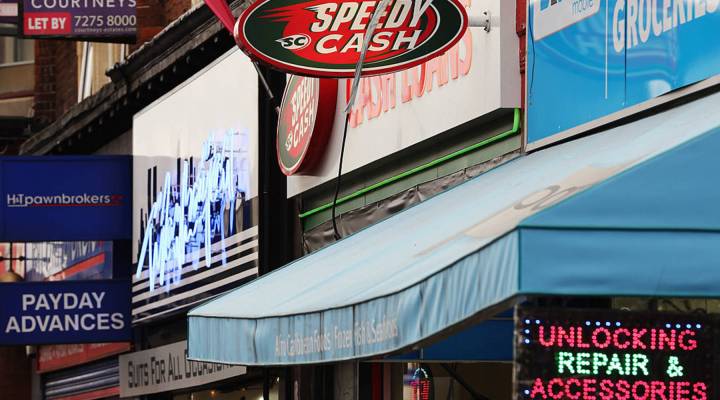 While some analysts argue that the federal government’s proposal to regulate payday loans is detrimental to consumers, policy change may be necessary to keep communities of color from falling into cycles of debt, according to a report released Thursday by the National Council of LaRaza.

The Center for Responsible Lending, in partnership with the council, analyzed a decade of data related to Florida’s payday lending practices. These businesses have collected $2.5 billion in fees since 2005, according to the report.

The study’s release comes as the Consumer Finance Protection Bureau is looking to regulate these types of loans. In Florida, it’s an industry that makes more money each year. Fees in 2005 totaled $186.5 million, compared to the $311 million lenders collected last year.

Payday loan businesses are mainly located in minority communities, according to the report. The center found that areas where minorities lives are more than twice as likely to have a concentration of these stores. There were about 8.1 stores per 100,000 people in African American and Latino communities while neighborhoods that are predominately white had a four to 100,000 ratio.

The National Council of LaRaza called the current system a “failure of a state law that was designed to curb the negative effects of these debt trap lenders.”

Nationwide, 12 million people take out payday loans each year, according to the Pew Charitable Trusts. These loans, typically small amounts of money borrowed at a high rate of interest, are meant to be repaid when the borrowers receive their next paycheck. To qualify for a loan, borrowers need a checking account and proof of income. Lenders do not assess whether or not the borrower has the ability to actually repay the loan.

This is one of the areas the Consumer Finance Protection Bureau is interested in. It’s considering laws that would require lenders to actually access a borrower’s ability to pay the loan back, or limit the number of loans a borrower can take out. The report found 83 percent of borrowers in Florida make seven or more loans per year.

“For customers who find themselves in desperate or emergency situations, a payday loan can seem like a lifesaver,” the council wrote in its blog post. “The reality is that these lenders trap their customers in an unending cycle of debt.”