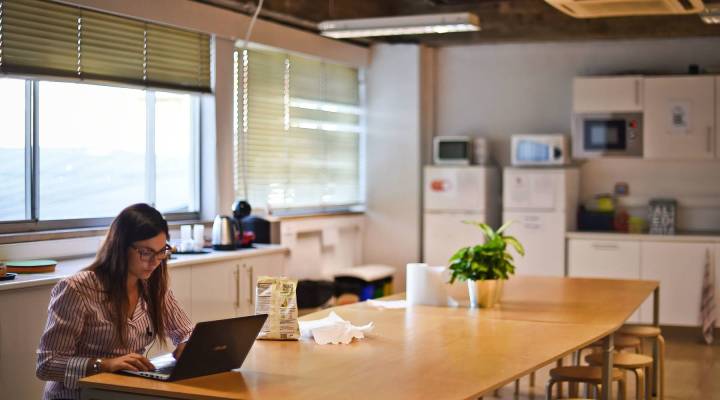 In recent years, Silicon Valley has come under fire for its treatment of women. The New York Times’ reporter Nellie Bowles wrote about a growing group of men who are fighting against gender equality in the tech community. Marketplace host Kai Ryssdal spoke with Bowles about her story. Below is an edited transcript of their conversation.

Kai Ryssdal: Silicon Valley has been, hostile is one word, difficult for women is another one, for a very long time. The events you describe in this article, though, seem a step beyond hostile, no?

Nellie Bowles: Yeah. It’s been a very problematic place for women, for people of color for many years, and I think that what we’ve seen in the last year is, finally, people are kind of facing consequences for rampant sexual harassment, for rampant discrimination. And in part as a result of the success of the women in tech movement, there’s been a backlash.

Ryssdal: Tell me about this guy James Altizer who has been organizing pushback events, I guess you could call him against women in technology, for a while. It used to be just him and a couple of guys, and now it’s, you say, crowds of hundreds.

Bowles: Yeah, I mean, you’re seeing ideas that were fringe ideas or were whispered more quietly but that I think had been infused in a lot of these companies, you’re seeing them start to become emboldened and grow. You’re seeing more activity on things like the Red Pill, which is a Reddit site for men who believe they’ve sort of woken up to women’s oppression of them. Or, like, in the story, I describe, like, MGTOW, which is another kind of online forum for men who are in favor of living totally separately from women.

Ryssdal: Yeah, MGTOW, you should spell it out, right? It’s “men going their own way.”

Bowles: James is an interesting case because he’s had these philosophies for a long time, and then now he’s sort of seeing that he’s not so alone and that there are a lot of people who are thinking this way and who are talking about it and meeting together. I didn’t realize how big it had gotten.

Ryssdal: Is there something about technology that makes it a place that is rife with discrimination against women and people of color and minorities?

Bowles: I don’t know. I think there are a lot of answers to give. The kind of classic line is ‘Oh it’s the pipeline, there aren’t enough women who are getting computer science degrees.’ I think that one’s kind of b.s., honestly. I think a lot of what we’ve seen in the valley in the last few years is just like real basic bad behavior like the sexual harassment stuff and the way that women are kind of pushed out of the workplace here. You know, a lot of startups don’t have very good HR systems, so there’s that, like, very basic thing. There’s no one to go to. There’s no one to really report to when things go wrong.

Ryssdal: So you get the startups, and they don’t have HR, and that’s great. But then you get companies like Uber, which explodes, still doesn’t have an HR system and then gets into systemic problems that at least partially caused the CEO and co-founder his job. You have a place like SoFi, where it was described as being a fraternity house, which is nothing that you want in a corporate atmosphere, and I just wonder — this interview will get pushback from from men in technology, I’m sure — but I wonder if there’s something about the technology culture that makes it so difficult for them to accept women as peers and colleagues and equals in a professional setting?

Bowles: There’s so many reasons. I think part of it is a lot of workplaces aren’t seen as workplaces. There’s a big effort throughout Silicon Valley to kind of blend work and personal life and home, and you do everything in the office. For example, James Damore, who got fired from Google after writing a memo that women don’t like tech as much for biological reasons. That he posted it in a workplace forum, I think, tells you a lot about Silicon Valley and how it views the lines between what’s the office and what’s like your personal belief that is actually not OK in an office.