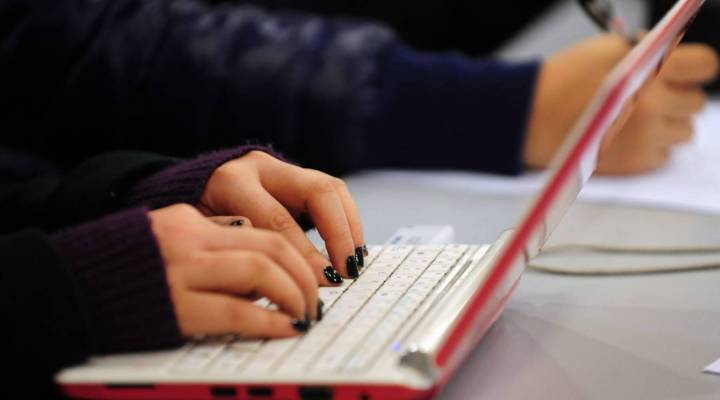 It’s no secret: The tech industry has a diversity problem. Silicon Valley has had a wave of sexual harassment scandals in recent months. And in August, a memo was leaked from Google senior engineer James Damore in which he said the company was focusing too much on diversity and that women weren’t cut out to be engineers. According to Google’s latest diversity report, 70 percent of employees are men.

Maria Klawe is a computer scientist and the first woman to serve as president of Harvey Mudd College. It’s a liberal arts school in Claremont, California, that focuses on engineering, science and math. Marketplace Tech’s Molly Wood spoke to Klawe about why the gender problem persists and what has to happen to close the diversity gap. Below is an edited excerpt of their conversation.

Molly Wood: I know one of the reasons Harvey Mudd is credited with improving its ratio of female to male computer science engineers has to do with rewriting course descriptions. That could be applied to job descriptions too, right?

Maria Klawe: I wouldn’t say rewriting the description. It’s more like how we actually teach the course, but also how we tell people about what the purpose of the course is. If I tell you that this particular course is about learning to program in Java, well, you might find that really interesting or not. But if I tell you that this course is about creative problem solving in teams, and it happens to use computational approaches with Python, it’s a lot more likely that many people will be interested in that. So if you’re putting those components of what’s going to happen in this course first, then you’re more likely to start more students off feeling enthusiastic.

Wood: Yeah, so when you hear people say there’s a pipeline problem or girls are not as interested in math or computer programming — obviously that happened in a high-profile way at Google earlier in the summer — do you think to yourself: No, this comes down to the way that classes are taught and/or job descriptions in the real world? That analysis is based on incomplete data.

Klawe: I think that analysis is based on not incomplete but just incorrect data. There’s just tons of research that shows that women and men do as well in math. But in addition to how we teach, there’s also what the workplace is like. So we know that the reason that women and people of color are twice as likely to leave tech jobs within the first seven to 10 years as white men is not because they didn’t like the work, but because they felt like they weren’t getting the level of credit, recognition and opportunities for promotion. And we have to make sure that we demystify the path to success.

It hasn’t been a perfect journey for Harvey Mudd. Last year, the college dealt with protests about over-work and support for students of color. We asked Klawe how they’re moving forward.

Klawe: Just because we have grown up serving mostly white male students, there will be parts of our traditions or habits that feel much more comfortable for a white male than for a person of color or a female. And so, we’re busy working on those things. So of course we’re entering this new academic year of trying to have paid a lot of attention to the things that we think were the causes of stress. So we’re doing a review of our core curriculum that will seriously involve input from our current students and our alumni. We have put in place additional mental health resources. You know, really trying to help a community of people who have suffered a lot in the last semester. So I’m optimistic, but I have no doubt we’re going to face challenges.

Wood: And then as people go into the work world, you became known for a moment in 2014 when you were in conversation with Microsoft CEO Satya Nadella. He said that women should not necessarily ask for a raise. And you immediately jumped in that you disagreed with him. I mean, how much of functioning as a successful woman in tech has to do with questioning the way that men think of the world and trying to change those beliefs on the spot, has to do with advocacy, basically?

Klawe: I think it’s really important. I mean, I’m someone who’s known for being, quote unquote, outspoken. You know, I’m willing to challenge people on the spot. I don’t think you can really survive as a woman in technology without being able to do that. But I think you also have to have something else in that you have to be, I think you have to be outspoken, but I think you also have to be respectful. And I think you have to try to bring people together rather than polarize them. And I’m really good at polarizing people. So it’s not about women versus men. It’s not about VCs versus feminists. It’s not about any of these things. It’s about, we’re a society that’s going through change and lots of challenges. The places we’re going to be successful is when we’re able to bring people together. And sometimes, like last semester at Harvey Mudd College, you’re gonna work as hard as you possibly can and it’s going to feel like you’re not making any progress at the time. But I think we’re in a better position to actually make the changes we need to make.

Listen to our extended interview with Maria Klawe here. 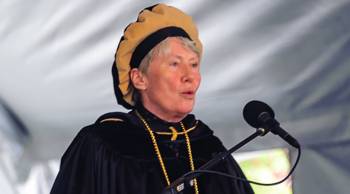 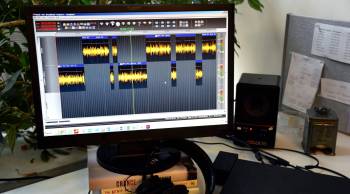