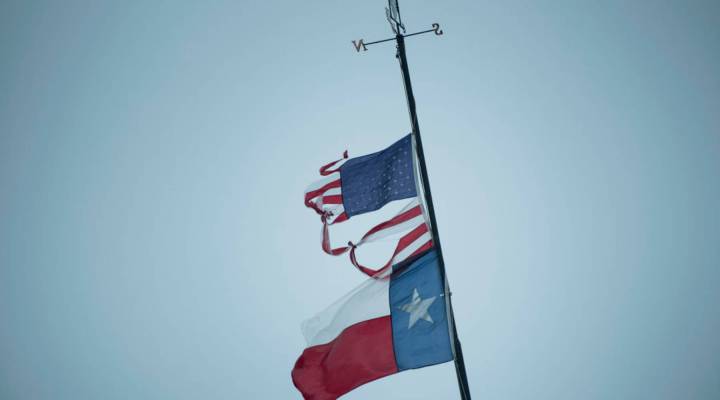 Almost two weeks after Hurricane Harvey made landfall in Texas, the U.S. House is scheduled to vote on a nearly $8 billion disaster relief package for those affected by the storm and the consequent flooding.

The Trump White House warned that in order to ensure that Texas receives the necessary funds, the Congress needs to tackle one more thing: the U.S. debt limit.

“The president and I believe that it should be tied to the Harvey funding,” Treasury Secretary Steven Mnuchin said while speaking to Fox News on Sunday. “Our first priority is to make sure that the state gets money. It is critical. And to do that, we need to make sure we raise the debt limit. If Congress appropriates the money, but I don’t have the ability to borrow more money and pay for it, we’re not going to be able to get that money to the state. So, we need to put politics aside.”

Back in August, Mnuchin said that he was 100 percent confident the debt limit would be raised. Tying the controversial debt limit bill to the Harvey relief package could make it easier to swallow for some lawmakers and further ensure its passage.

“I’m not surprised that the White House is trying to use the Harvey relief package to get a debt ceiling increase through,” said Romina Boccia, deputy director for economic policy at the Heritage Foundation. According to her, tying the two is “opportunistic” and allows U.S. lawmakers to avoid having a difficult conversation on cutting spending. “It’s very difficult to cut spending. That’s been a bipartisan problem.”

Since hitting the debt ceiling back in March, the Treasury has been using “debt limit loopholes” to keep borrowing money and are close to running out of cash within the next month, Boccia explained.

“By early to mid-October, the federal government will have run out of cash on hand to pay all its bills in full and on time,” projected Shai Akabas, a director of economic policy at the Bipartisan Policy Center. This puts at risk not just the relief package but also about 100 million bills for things like Social Security, Medicare and payments to businesses that provide the U.S. government with services and goods.

If the debt limit is not increased, Mnuchin might have to make decisions about which payments to prioritize and which to hold off paying. Passing the debt limit increase along with the Harvey disaster relief would spare him that headache.

Of course, increasing the debt limit without taking a look at the nation’s spending just perpetuates the problem.

“Whenever we do increase the debt limit, sooner or later — because we have these ongoing deficits — you are going to run into the new debt limit,” explained Dan Mitchell, senior fellow at Cato Institute. “It’s sort of like having a charge limit on your credit card. You can go to the movies. You can take a vacation. You can do a lot of things and, whoa, all of a sudden merchants will start telling you your charge didn’t go through because you’ve reached your limit. Federal government basically works the same way. Now, there are two choices when you hit that debt limit: You can either stop spending or you can increase the debt limit. And, of course, politicians being politicians, they always just increase the debt limit.”