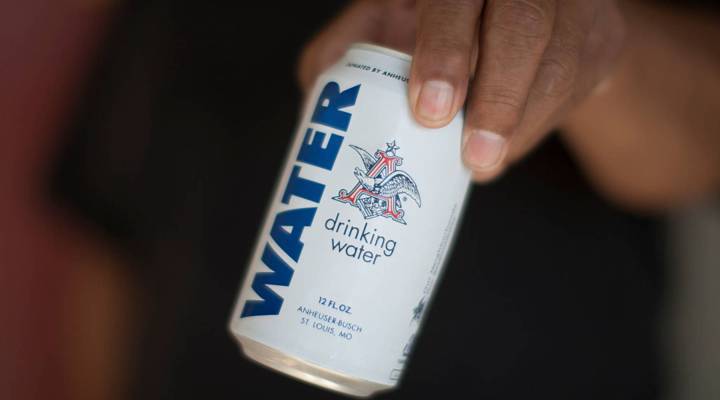 In the aftermath of Hurricane Harvey, Anheuser-Busch shut down beer production at one of its breweries to transport more than 155,000 cans of emergency drinking water to Texas and Louisiana.

Its Cartersville, Georgia, location usually stops production twice a year to prepare canned water for those in need, but it can also switch gears in an emergency situation. The nearly 250 trucks the company sends out each day with beer shipments are now instead being used to help areas affected by the hurricane.

Companies have committed hundreds of thousands of dollars to help with the aftermath. But they have also worked to reallocate resources to help those in need.

Here’s a look at some of the different ways companies are aiding relief efforts.

The retail giant has an Emergency Operations Center in Bentonville, Arkansas, that works to coordinate donations and volunteer efforts with other locations.

After the hurricane made landfall on Friday, Walmart sent out 1,060 emergency trucks to affected areas, with most of them carrying crates of bottled water.

The company has also been working on sending extra supplies to Walmart stores in towns where residents are seeking refuge.

Waffle House restaurants are usually located in areas prone to hurricanes and tornadoes, which means the 24/7 restaurant is well-equipped in the event of a natural disaster.

While two Waffle House locations in Houston have closed, 30 stores still have their doors open.

The chain has a hurricane playbook that includes instructions on how to respond during a crisis, and even has emergency menus devoted to meals that can be prepared quickly and efficiently.

And it’s not just residents who turn to Waffle House — the Federal Emergency Management Agency does, too. FEMA coined the “Waffle House Index” to determine how bad a storm is. (“Green” means it’s open; “yellow” means it’s on limited menu; and “red” means it’s closed.)

Home Depot reps from some of the company’s departments — like merchandising, operations, transportation and logistics — have been working to respond to Harvey.

The company has three hurricane distribution centers in the southern U.S. that have specific merchandise they can deploy in scenarios like this, according to Pete Capel, vice president of Field Merchandising.

Some of these items include batteries, flashlights and water, along with post-storm goods like chainsaws, gloves and trash bags.

Kroger has worked to provide rescue organizations and first responders with supplies like food and water.

We’re continuing our commitment to service by donating valuable perishables to #Texas first responders. Thanks so much for keeping us safe! pic.twitter.com/zThDDsw6zZ

Armed with “relief buckets,” Lowe’s employees have been working to distribute supplies in the Texas areas affected by Harvey.

And like other retailers, Lowe’s has its own command center where workers talk with vendors and truck drivers to ensure relief supplies are being sent to the right location.

Lowe’s employees and @firstresponse are headed to Rockport and Aransas Pass to distribute relief supplies, help with clean up efforts. pic.twitter.com/z074rl8Hpw