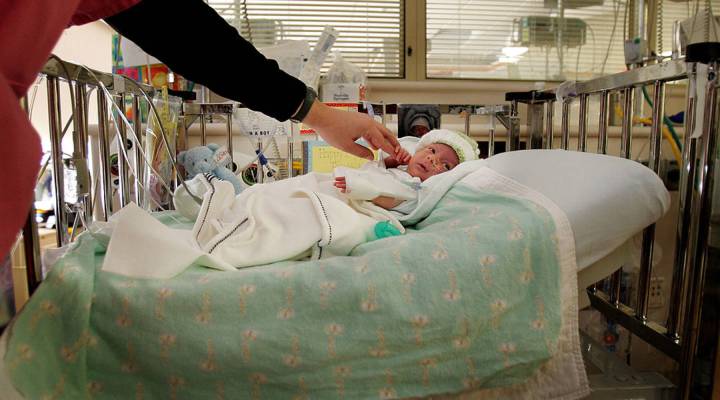 Not all infants receive equal care in neonatal intensive care units. New research out of Stanford finds African-American and Hispanic infants in California were more likely than white infants to receive low-quality care.

Given the findings, it’s tempting to think the root of the problem is racial discrimination. Not so, said lead author Dr. Jochen Profit.

“Our research is not uncovering racial bias,” Profit said. “I would say that very clearly.”

The findings show white infants tend to get higher-quality care in the NICU than others, but the pattern is not uniform. The study found black babies cared for in California NICUs grew more quickly and had less chronic lung disease than whites.

University of Pennsylvania’s Dr. Scott Lorch, who does similar research, said race and socio-economic status often overlap, which may be a factor here.

“You really need to understand what those drivers are of these difference to make meaningful change,” Lorch said.

Racial disparities aside, what is clear is that some NICU units are performing above and beyond best practices, Profit said.

If there’s anything encouraging in this research, it’s that the paper highlights what some hospitals do well. For instance, they encourage infants to breastfeed, give them eye exams and administer steroids before birth to help mature their lungs. The hope is to try and replicate that for all.