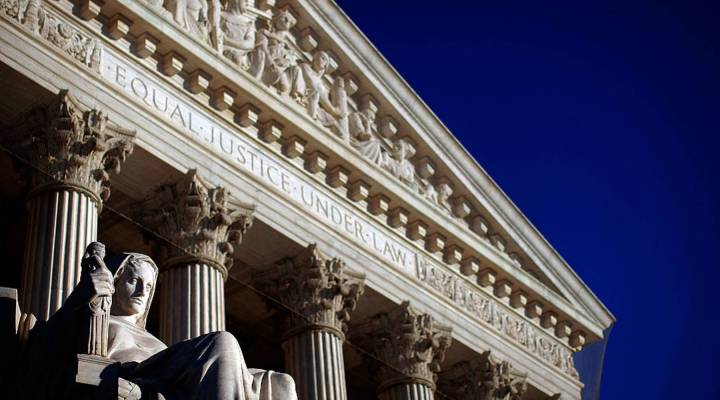 It’s safe to say the last thing anyone wants when they’re headed into a courtroom is a lawyer who’s never tried a case before representing them.

“Every surgeon has his first surgery but the client and the patient doesn’t necessarily want it to be them,” said Laurence Pulgram, a partner at Fenwick & West, a law firm based in San Francisco and chair of the American Bar Association’s Section of Litigation.

Less experienced lawyers aren’t only at a disadvantage because they’re still learning. Some judges may also be annoyed by stumbles from newbies. “There’s a sense that judges will respond more favorably to senior lawyers and in some cases that it’s more respectful to take a more senior lawyer,” said Pulgram.

After a slow decades-long decline, only about two percent of civil cases, such as divorce, product liability and family squabbles over wills, now make it to trial. It’s usually cheaper, faster and a whole lot less risky to settle out of court. But that small number, plus the preference for experienced trial attorneys, means junior lawyers have few chances to learn how to argue a case in front of a jury. The problem has gotten so acute that when the American Bar Association holds its annual meeting this month, there will be something new on the agenda: a proposal to get more junior lawyers into the courtroom.

Pulgram, who co-authored the proposal, said even firms which may be reluctant to pay for training should take heed. “For those of us who are in law firms and who are more experienced, we realize that we’re not going to have the best talent staying with us if we don’t give them the opportunities,” he said.

While it may seem unlikely, it’s the very experience of going to trial which may help lawyers avoid future battles in front of juries. “Because when you signal to the other side that you’re ready, both sides realize that trial may not be the best resolution for all involved,” said Ralph Carter, a commercial litigator with Duane Morris in New York. If a litigator knows the opponent is armed and ready they may advise a client to steer clear.  “You don’t want to say ‘okay let’s go to trial.’ You want to say ‘what are the options here before we go to scorched-earth litigation,'” he said.

The new proposal targets multiple aspects of the legal system. It encourages judges to help new lawyers sharpen their skills. The problem is so bad, notes Pulgram, some judges are already taking action on their own – prodding senior lawyers to give juniors a chance to stand up in court.

“If you send a lawyer with say less than five years’ experience I will schedule a hearing or let it run  longer to make sure that younger lawyer gets experience,” said Pulgram.

The proposal also makes a firm suggestion for law firms to try taking a page from the sports world by pulling out star players every once in a while to give rookies some time on the field in order to strengthen their future teams. Law schools, too, are trying to shore up the bench, offering moot trials and helping students get supervised work in real courtrooms.

But, said John Cuttino, president of DRI, a national association of defense attorneys, and a shareholder at the law firm of Gallivan, White & Boyd, classroom education has its limits.

“In my 30 years of experience, no trial has gone according to script,” he said. Birds have flown through the courtroom, lightening has struck. “It’s a theater,” he said. “Nothing is a substitute for the real event.”

When lawyers don’t know how to stand up in front of juries, notes Cuttino, they become less likely to recommend a jury trial to their clients — even if it’s the best option.

And that reluctance to have a jury trial can have repercussions far beyond the courtroom.

“The public learns about the way the justice system works in many ways through participation on juries,” said Greg Hurley, senior knowledge management analyst at the National Center for State Courts. “And without that experience they just don’t know what happens at the courthouse.”

But judges and lawyers do. And that’s why Pulgram said he hopes the case for the proposal will be a win. The Bar Association’s Judicial Section, which represents judges, has already endorsed it.

For those not in the legal profession it may seem hard to muster sympathy for attorneys. However, said Pulgram, you may want to allow yourself to be persuaded. “The lawyer never matters until you need one,” he said. “And at that point that’s when you need to make sure that those senior lawyers didn’t pull up the ladder and that your younger lawyer had a way to climb up.”