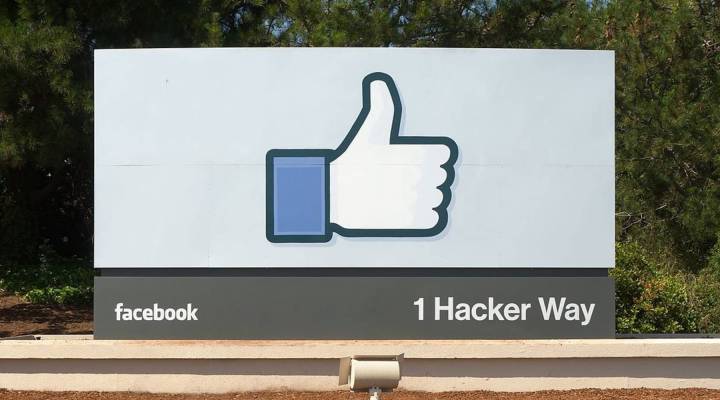 COPY
"Some of these business problems are of the businesses own making," says Marketplace senior tech correspondent Molly Wood. "And ganging up to negotiate better with Google and Facebook doesn't really help those fundamentals." Wikimedia Commons

"Some of these business problems are of the businesses own making," says Marketplace senior tech correspondent Molly Wood. "And ganging up to negotiate better with Google and Facebook doesn't really help those fundamentals." Wikimedia Commons
Listen Now

An alliance of news outlets plans to ask Congress for permission to join economic forces against Google and Facebook. The Wall Street Journal published an op-ed by David Chavern, president and CEO of the News Media Alliance, which outlines the organization’s proposal. The News Media Alliance is a newspaper trade group, first formed in 1992, that has about 2,000 members including the New York Times, the Washington Post and the Wall Street Journal. The organization wants a new law that will let it bargain collectively when its members are up against Google and Facebook. Normally this could get members into trouble with antitrust regulators, but they’re asking for a special pass because, they said, those two digital giants have too much control over how news gets distributed and they’re sucking up all the ad dollars. Marketplace host Kai Ryssdal and Marketplace’s senior tech corespondent, Molly Wood, talked over the alliance’s proposal. The following is an edited transcript of their conversation.

Kai Ryssdal: Tell me what these news outlets want, would you?

Molly Wood: So, at its heart, they want to be able to negotiate payment and distribution deals with Facebook and Google as a group. So it’s not just the New York Times but instead of the Miami Herald or the Bismarck Tribune having to go and try to get a meeting with Facebook and Google and then make their own deal, for revenue sharing or how customer data is distributed, they want to be able to do that collectively, without getting accused of antitrust violations. So they’re asking for a new law and then they’re also looking for better leverage so that they can get better deals than for example, instant articles on Facebook where papers essentially give away content for hardly any money.

Ryssdal: So let me actually just poke a sharp stick in the eye of the News Media Alliance, which is the name of this group. They didn’t keep up digitally and now they want special treatment.

Wood: You know yeah, it’s hard not to see it that way. In fact the parallel for me is a little bit of the record industry when MP3s came out, and you could argue that they made very similar mistakes. The news business did not transition to digital soon enough to keep these ad dollars. They glommed onto the same kind of tactics that social media was using like click bait, and slide shows, and sponsored content that alienated consumers and then they did give away a ton of their content and their power to social media and to Google and Facebook because they thought it would be an easy way to reach audiences and now they need help.

Ryssdal: The business model of media though forever has been ads based, right? And so how do we fix that?

Wood: Yeah I mean I think that a lot of these moves do assume that the business model has to be based on ads. What they’re worried about is Google and Facebook sucking up all of these ad dollars. But they also want simple things like the ability to have a subscription button for a newspaper, and ways to pay wall articles that might help. The truth is though that strong media antitrust laws help protect media and could have solved some of these problems earlier. For example, a lot of what happened to local and mid-size daily newspapers is that they got bought by big companies like McClatchy or Lee Enterprises which then consolidated, cut costs, laid off staff, relied more on wire services. So you had weaker local news, that doesn’t entice people to subscribe. That doesn’t entice advertisers. And so some of these business problems are of the businesses’ own making. And ganging up to negotiate better with Google and Facebook doesn’t really help those fundamentals.