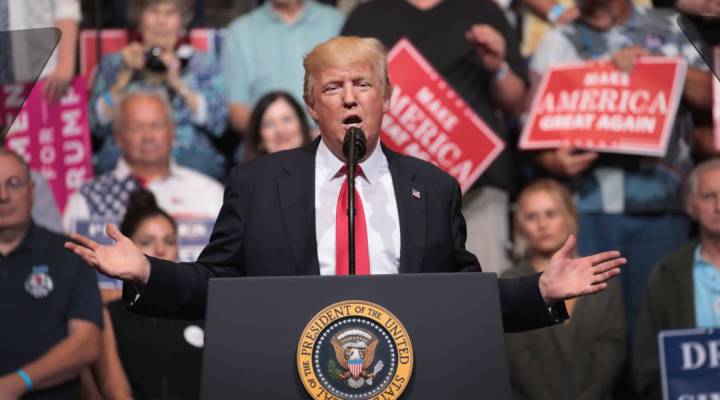 Uncertainty. That’s got to be how you would describe the feeling coming out of Washington these days.

The stock market is, so far, relatively unbothered by all the drama.

But there are potential economic costs to all the muss and bluster.

“Politics effects the economy in a million ways,” said Alberto Alesina, a professor of political economy at Harvard University.

In developing countries, political instability can be disastrous. See Brazil, where the economy has been pummeled by government corruption scandals.

Here in the United States, no one is talking about economic meltdown. But, Alesina said, “there has been talk about the impeachment of the current president; that would be the source of big political uncertainty.”

“The uncertainty aspect is a major factor behind a lot of investment decisions,” said Barry Bosworth, an economist at the Brookings Institution. “Investment is a long-term decision that a business has to make.”

And it can be hard to make long-term decisions, like whether to build a factory, buy computers or hire someone, when you don’t know what kind of policies or politicians might be around the corner.

“Investment is the most volatile component of GDP,” Bosworth said.

Private investment accounted for 16.4 percent of the economy last year. That is still off its pre-recession levels and down slightly from 2015.

Still, many economists aren’t convinced the turmoil will have a significant impact.

“I think people overplay the sensitivity of the economy to political shenanigans,” said Dean Baker, co-director for The Center for Economic and Policy Research. “Part of the story is, at this point, we’re used to it.”

Tumult out of Washington isn’t new. Think back to the debt-ceiling debates. The Clinton impeachment hearings. Even, said Baker, Watergate and President Nixon’s resignation. Yes, the economy went through a severe recession that began in the middle of the scandal, but the causes of that recession had little obvious connection to the scandal.

“I think in the U.S., better or worse, the economy is going to be there in the same way,” he said. “Regardless of the outcome of the political conflicts of the moment.”

Some economists think the Washington partisanship actually adds a level of certainty to the economy — certain that no big change is coming quickly.