COPY
Immigrant services staffers at a community center in Stamford, Connecticut, sign as witnesses after Ecuadorian parents signed a legal document giving custody of their children to friends in case they are deported . John Moore/Getty

Immigrant services staffers at a community center in Stamford, Connecticut, sign as witnesses after Ecuadorian parents signed a legal document giving custody of their children to friends in case they are deported . John Moore/Getty
Listen Now

On a recent Sunday in spring, 50 families sat down with law students and volunteer attorneys in a Catholic school basement in Camden, New Jersey. Together, they filled out forms designating friends or family members to take care of the children if U.S. Immigration and Customs Enforcement removes their parents.

Some immigrants who are living in the United States illegally are feeling more anxious since the election of President Trump. Parents, in particular, are starting to confront the possibility they could be separated from their children if they’re detained or deported, and many are making plans for their families and financial assets in case that happens.

“After the election, it was just boom, the requests started pouring in,” said Joanne Gottesman, who runs the immigration clinic at Rutgers Law School. “Every school, church in Camden, they have been reaching out to us to try to schedule events like this.”

The same thing is playing out in communities around the country.

Some parents want their children cared for just until they can send for them. But others are considering a longer separation — particularly if the children are American citizens and would have the right to stay in the U.S.

Sonia, who came to the U.S. from Guatemala two decades ago, went to the Camden workshop to name a caretaker for her 12-year-old daughter. We’re not using Sonia’s last name because of her immigration status.

If Sonia and her husband were to get deported, she wants her youngest child to remain in the U.S., where Sonia believes she will have a better future.

“I want to keep her here because in our country, [it’s] not safe. It’s a lot of gangs, a lot of scary stuff,” she explained. “Not too much opportunity either to work.”

Sonia also signed a document that would give control of her assets — including her home and car — to her sister-in-law and her adult daughter, for whom she has a growing pile of paperwork at home.

The Migration Policy Institute estimates that 31 percent of immigrants living in the U.S. without authorization own their homes. This community as a whole is underbanked, but many also have bank accounts, and attorneys advise immigrants to make sure other family members can access their assets.

A single mom with two kids of her own, Ebelia imagines the biggest challenge wouldn’t be financial, but to provide emotional support for her niece if she’s separated from her parents.

“One time she want to sleep over for the first time, and she was crying in the house because she missed mommy,” she recalled. It’s hard for Ebelia to imagine her neice’s reaction to a longer separation.

Sister Veronica Roche, a Catholic nun who works with Sonia and other immigrants at churches in South Jersey and Philadelphia, shared a number of reasons families may not prepare this type of paperwork. Some immigrants in the U.S. illegally don’t have friends or family members to turn to who have greater security.

“A lot of people, the people they’re closest to, would trust the most, where the children would feel comfortable, are people in the same legal status,” she said.

For others, the cost of hiring a private attorney to do custody work — often in the hundreds of dollars — has been a deterrent.

Sonia still has one more document to complete for her daughter, who is now anxious to get her U.S. passport so that she could travel to Guatemala to see her parents if they’re deported. 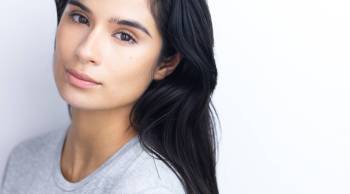