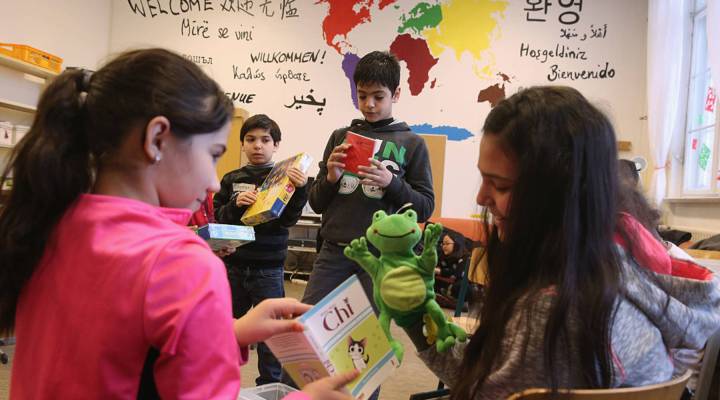 A new study out today finds that the children of immigrants, especially immigrants of color, face persistent challenges to educational and economic success. The study is from the Annie E. Casey Foundation, a philanthropic organization devoted to at-risk children.

Roughly one in four children in an immigrant family lives below the federal poverty line. Laura Speer of the Casey Foundation said all kinds of factors contribute to that — for example immigrant parents working for lower wages and language barriers in schools.

“The child is less likely to have a parent who has at least a high school diploma than the average child in a U.S.-born family,” Speer said.

And they face barriers into young adulthood that other groups don’t even really consider.

“I just received an email from a University of Maryland student,” said Maritza Solano, director of education at CASA, an advocacy group for Latino immigrants. The young woman who emailed her is a first-generation Latina college student. She’s an American citizen and should qualify for student loans. But because her parents are undocumented, “her parents can’t prove that they have income,” Solano said. That means the young woman can’t prove she qualifies, and may have to leave school.

The Casey Foundation report recommends several targeted strategies to address problems like this and other barriers that immigrant families face.

Those recommendations include immigration reform that focuses on not separating families through deportation and provides children in immigrant families with a quality K-12 education. According to the report, children of color are more likely to attend schools that do not have the necessary resources to meet all student needs. The report also recommends that policymakers enact legislation which would support economic opportunities for low-income families.

Is it ever OK to ask children to translate for their parents in emergency situations?