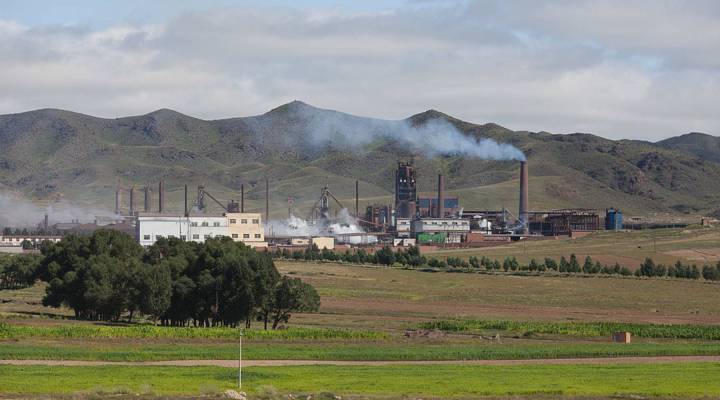 Rare earth minerals, though not actually rare, have unique chemical properties that make them essential for wide-ranging technologies, including smartphones, hybrid cars and high-tech weapons. Two years ago, the only rare earth mine in the United States filed for bankruptcy protection. The ongoing dispute over control of that mine’s assets, and thus the ore it produces, center on China’s near monopoly over the rare earth element supply chain. Victoria Bruce is author of a new book on that topic called “Sellout: How Washington Gave Away America’s Technological Soul, and One Man’s Fight to Bring It Home.” She talked with Marketplace host Kai Ryssdal about why Chinese companies dominate the supply chain for rare earth elements. Below is an edited transcript.

Kai Ryssdal: We’re going to start with the stipulation and a definition. The stipulation goes like this: You are trained in geology, so you know where of you speak. And No. 2 is you have to define rare earths for me because they are crucial to this narrative.

Victoria Bruce: So, rare earths are sort of third row down, hidden behind a pull-out column on the periodic table.

Ryssdal: Assuming you know the periodic table. But anyway.

Bruce: Right. OK, so, they’re just very obscure. Into the 1990s though, they became ubiquitous in all our technology, and that’s because they have certain properties that allow very tiny magnets to be made and they allow lasers to be made. The problem is, they are now completely controlled by China. And we need them for our military.

Ryssdal: We used to have in this country a viable rare earths industry, right?

Bruce: We did. But I would have to say it was a little bit before major technological companies needed the materials. We have it, we have plenty of rare earths, but they’re also mixed with thorium.

Bruce: Thorium being mildly radioactive. Yes. But at this point, we have regulations against thorium that make it really costly to mine them here. So, our mines are a lot more difficult to mine. China has its own rare earth deposits, and China has done this several times before — they drop the price and they put all the other mines out of business.

Ryssdal: How did it come to pass that Washington decided, as you say in your title, “America’s technological soul” was up for grabs?

Bruce: What happened was — this goes back to 1991 — the Cold War is over, and I mean it was just like a tsunami of technology leaving the country. These companies wanted access to what they needed, and they also wanted access to the Chinese marketplace, which is huge. And at that point, in Anderson, Indiana, there was a plant called Magnequench and a development that General Motors had made for the most important magnets in technological history. And we allowed that company to be bought by China. So, China said “OK, now we have this company. Now what else do we need? Well, we need all the raw materials.” So, they now control from the basic raw materials all the way to the end products that go into all your fighters, all of our smart bombs, everything.

Ryssdal: Take me from then, 1990-ish where we started this tale to today, right? Because China has a monopoly, you say, on rare earths. What does it look like then for American industrial policy to be able to break that monopoly and get some control back here?

Bruce: So, it’s not something that one mine can do, obviously. I mean, you’re going up against China that has just oodles and oodles of the product itself, there’s tons of it. So, it really needs some sort of consortium, some sort of major thought process and people working together. So, our lawmakers are really going to have to step up and say, “OK.” In the long run, if we don’t have the products, and if we don’t have the things to manufacture and fabricate the ideas, we’re going to go nowhere.