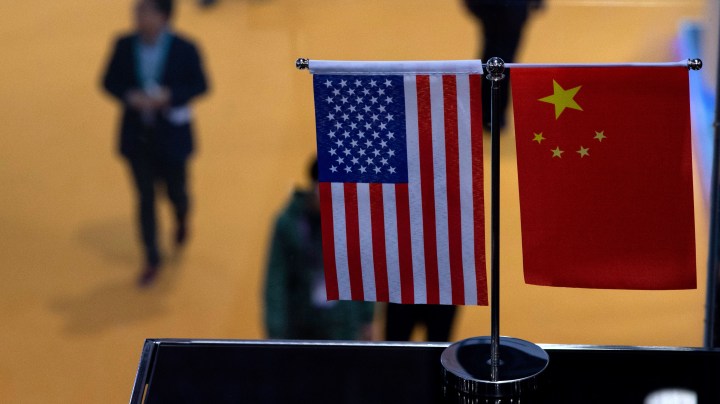 COPY
The disinformation campaign, if sponsored by the Chinese government, would mark a departure from previous efforts that have been more political in nature. Johannes Eisele/AFP via Getty Images

The disinformation campaign, if sponsored by the Chinese government, would mark a departure from previous efforts that have been more political in nature. Johannes Eisele/AFP via Getty Images
Listen Now

Researchers at Mandiant said that a Chinese group impersonated Americans on social media in order to undermine U.S. production of rare-earth elements, which are a key component in a wide range of technologies.

Earlier this month, a chorus of social media accounts that appeared to be based in Texas started warning that a rare-earth element refinery planned there by Australian mining firm Lynas Rare Earths would cause radiation poisoning, toxic waste and threats to livelihood.

“But these people weren’t real,” said John Hultquist, a vice president of Mandiant,. “These are hundreds of accounts, essentially part of an information operation.”

Mandiant said the entity responsible is a pro-Chinese Communist Party group that’s well-resourced and grew out of information campaigns targeting Hong Kong. Though the firm hasn’t nailed down who’s behind it, “the Chinese government is probably our primary suspect,” Hultquist said.

A spokesperson for the Chinese embassy in Washington, D.C., said China is one of the biggest victims of disinformation and opposes its creation and dissemination.

“China is probably seeking to maintain their leverage, their control over this marketplace,” Hultquist said.

This current campaign, if sponsored by the Chinese government, would mark a departure from previous efforts, which have been more political in nature.

“It is more unusual to see a very granular attack on specific Western companies that are competitors with China,” said Jon Bateman, a senior fellow at the Carnegie Endowment for International Peace.

One reason may be that the stakes for China aren’t just economic, said Maggie Baughman, who has researched Chinese political influence campaigns.

Carnegie’s Bateman said this operation was ultimately ineffective. But it may be a sign that other sensitive industries could be next.