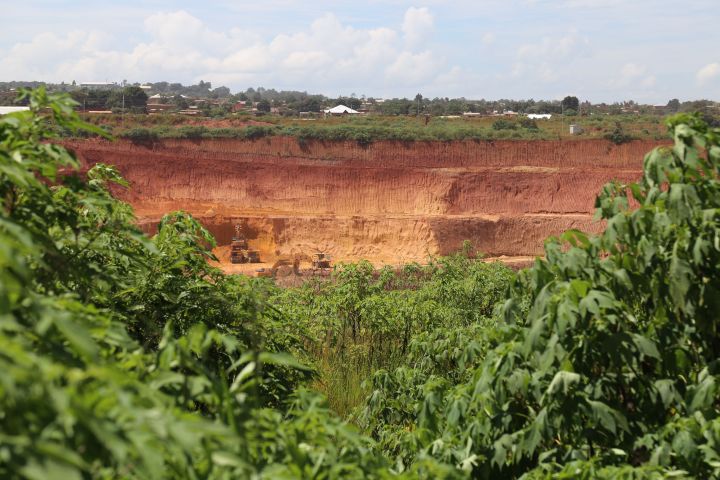 COPY
A copper and cobalt mine in Kolwezi in the Democratic republic of Congo in 2018. Samir Tounsi/AFP via Getty Images

A copper and cobalt mine in Kolwezi in the Democratic republic of Congo in 2018. Samir Tounsi/AFP via Getty Images
Listen Now

The United States has pulled out of Afghanistan. But 11 years ago, Pentagon officials and American geologists discovered nearly $1 trillion in mineral deposits there, including elements and metals that are needed to power the growing tech economy. Lithium, for instance, is key material in making batteries for cellphones, laptops and electric vehicles. Getting those minerals out of the ground and building an industry around them is another issue in a country with deep political and economic instability.

“Marketplace” host Kai Ryssdal spoke with Guillaume Pitron, a French journalist and author of “The Rare Metals War: The Dark Side of Clean Energy and Digital Technologies,” about the geopolitics of rare materials. The following is an edited transcript of their conversation.

Guillaume Pitron: [Afghanistan] is said to be a country where you can find lots of copper, lots of lithium, rare earths elements, platinum, bauxite and other resources of this kind.

Kai Ryssdal: And the net worth, as it were, of those things even in the ground, before we get to actually getting them out of the ground in Afghanistan, the thing that makes it dynamic right now, is that we more than ever depend on those minerals — the lithium and the cobalt and all of that — for batteries and all of the things we need for this economy right now.

Afghanistan has resources, not infrastructure

Pitron: The energy transition is a metallic transition. we would like to do away with oil and coal. But on the other side, we’ll have to tap into these minerals. And actually, the International Energy Agency, recently this year, published a report saying that our needs for these commodities will explode in the next decades for making the green revolution possible. And Afghanistan has these resources.

Ryssdal: OK, so I said we needed for our economy, that is to say, developed economies need them. The catch, of course, is that the state of the Afghan economy is such that getting them out of the ground is almost impossible, right?

Pitron: I agree with you. There is a potential which is known. And we know this potential is huge. But the question is, how are we going to be able to extract these resources at an acceptable cost? Afghanistan is a country which has been undergoing wars for decades. Afghanistan is a corrupt country. It’s an unstable country from an political viewpoint, but also from an economic viewpoint. It lacks basic infrastructures, such as roads and energy and electricity networks. So on the paper, all these resources do exist. But in reality, it’s very difficult. And it could be very hard in the future to actually get these resources out of the ground and to make a business out of it.

Ryssdal: One imagines that it would take, and I realize the irony of what I’m saying, you know, in a week when the United States and much of the West is pulling out, it would take massive foreign investment to get this done, to build the infrastructure and the roads and start with the mines, let alone the 20 years it would take to start getting things out of the ground.

Pitron: Exactly. And this is a reason why the Chinese publicly said they will be happy to help Afghanistan with investing in Afghanistan infrastructure networks. But it needs, as you said, billions of investments. The Chinese have tried for many years to extract copper out of a copper mine south of Kabul. And they’ve invested $6 billion or so trying to get a gram of copper out of this mine. So you can imagine the task and the challenge for the Chinese and other countries to actually being able to successfully invest in Afghanistan and get anything out of the ground of this country.

Ryssdal: All right, so make the turn here toward geopolitics for me, and I realize that’s not necessarily your specialty. But if the United States and the U.K. and most of Europe is not in the foreseeable future going to have business dealings with Afghanistan, as it’s run by the Taliban, but the Chinese are and the Russians might, that’s a balance of power thing.

Pitron: The Chinese and the Pakistanis and the Russians are very much interested. And China has been dominating the critical, rare strategic metals market for the last decades. So the fact that this potential is available, at least potentially to the Chinese, shows that after the 19th century, which was dominated by the English with the coal industry, and the 20th century, which was dominated by the Americans, thanks to their domination of the oil industry, then we’re moving to an age of where the Chinese are already controlling the metals industry for the [inaudible] energy revolution.