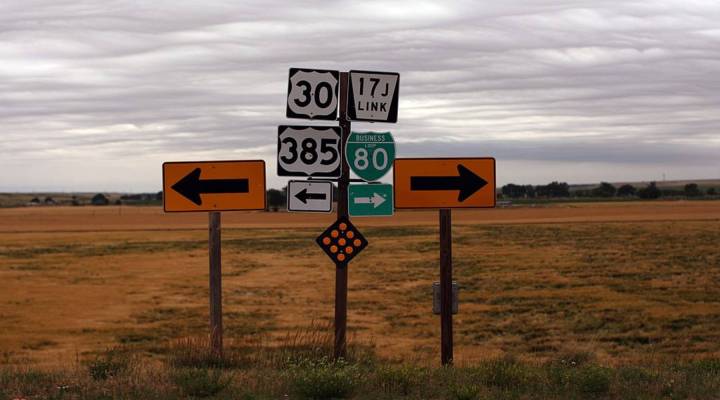 It feels like America is more divided than ever before.

Surveys even show that the country’s major political parties have very unfavorable views of each other. But maybe we need to reframe the cause of some of the polarization happening in our country.

Chris Arnade, a reporter for The Guardian, argues that it might not be about conservatives vs. liberals. Instead, polarization in the U.S. might have to do with those who had an elite education and those who didn’t, along with whether or not you decided to leave your hometown. He joined us to talk about these divisions and how they play into a person’s worldview. Below is an edited transcript.

Chris Arnade: It’s back row vs. front row, meaning people with elite educations vs. people without them. Currently, and the way our world is structured, I think you have a lot more power and a lot more economic and cultural power when you have that education. So I think it’s really divided the world into people who have that and those who don’t.

Brancaccio: And also it’s connected to people who haven’t left where they grew up?

Arnade: Right. People who define themselves by their careers and are willing to move very often vs. people who stay in their communities.

Brancaccio: And the people who stay in their communities, you think they skew more in support of, for instance President Trump?

Arnade: Especially white voters. That’s very much the case. If you’re white and you stayed in your community, you generally vote for Trump.

Brancaccio: You stayed in your community — what accounts for that, do you think? Is it about economic opportunity? Is it about the culture that comes from sticking around where you’re from?

Arnade: It’s a little bit of both. I think that there are people who define themselves and define their worldview and define their sense of worth as what they add to their community, or what they add to their family, or what the family adds to them. That takes precedent over, perhaps, career. Now there are also people who don’t have the opportunity to move who may have to stay to take care of relatives. But again, it’s kind of just a different worldview. It’s the idea that “this is where I want to be.” When I ask people who generally have lived their entire life in the same community, why they stayed there, they just kind of look at me like I’m asking an absurd question. They just simply say, “Well, it’s home,” as if that wasn’t really ever an option.

Arnade: I think everybody cares about their family, wants their children to have a better life than them. But it’s kind of how they play that out. Do they go to a new town and form a new family and raise their family there, or do they stay connected to to where they were born and the land that they remember as a child? That’s kind of given them different perspectives on how they think the country should move going forward.