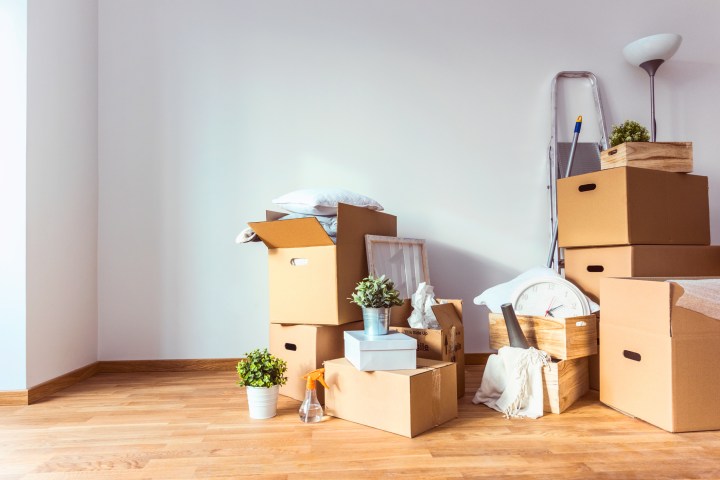 COPY
The growing cost of childcare is among the reasons younger people aren't moving too far away from their hometowns. Getty Images

The growing cost of childcare is among the reasons younger people aren't moving too far away from their hometowns. Getty Images
Listen Now

More Americans are putting down roots close to home. A new study from researchers at the U.S. Census Bureau and Harvard University says nearly 60% of young adults – the study measured people at age 26 – live within 10 miles of where they grew up. Eighty percent live within 100 miles. A key reason people stay put? Money. There are some economic advantages of moving or staying home, but there are also ways it can also hold people back.

Spencer Gillis has never strayed too far from home. Right now, he’s living the farthest he ever has from where he grew up in Grand Rapids, Michigan.

“I think I probably live maybe 25 miles from my parents house,” he said.

Gillis is 28 and works in health insurance. He said he’s flirted with the idea of moving to Denver or New York, but the cost of living there is too high, especially now that he and his wife have a baby. Plus, they’re in good company.

“The majority of my friends that are married and starting to have kids all live local still, while the ones that moved out of state are still living the bachelor life,” he said.

Kids – and the rising cost of child care and housing – are a big reason why more young adults are settling down in or near their hometowns. Nathan Hendren at Harvard co-authored the Census Bureau study on young adult migration.

“You know, anybody that has kids can probably attest that having family members around can be helpful for those situations and our results suggest there’s a lot of value to our proximity to people,” he said.

Proximity to an established network of friends and family also means connections to housing and jobs. That’s especially valuable for lower income Americans, who are more likely to live where they grew up because moving costs money.

And increasingly, people are taking this a step further by moving in with their parents. Nearly one in five adults now live in a multigenerational home.

“People actually save a lot of money, I mean it’s not surprising, when they move back home, on the order of about somewhere between three or four thousand dollars a year,” said Natasha Pilkauskas, a professor of public policy at the University of Michigan.

That figure doesn’t include savings on shared electricity, gas and groceries.

But there can be disadvantages to settling down near home, too.

“I think if you are lucky enough to be in a place that has a kind of growing and expanding economy, then staying at home isn’t going to be as much of a financial burden than if you grew up in Appalachia,” said Harvard’s Nathan Hendren.