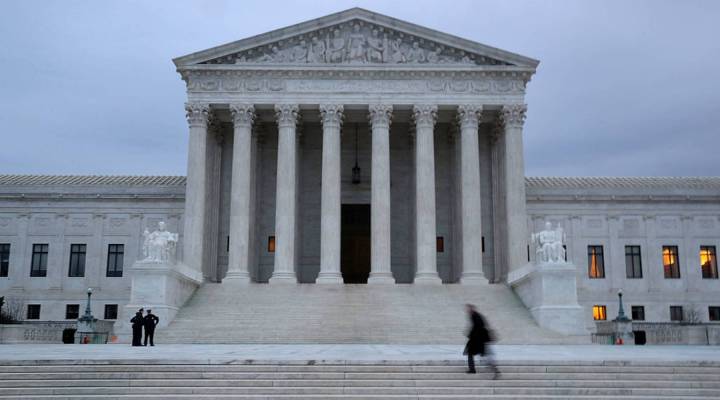 The Supreme Court yesterday struck down part of a law that bans offensive trademarks.

The justices ruled that a 71-year-old clause in the Lanham Act, which barred disparaging terms or phrases from receiving federal trademark registration, infringed on free speech.

The case was brought by an Asian American rock group called “The Slants,” which tried to register the band’s name back in 2011. The argument the band members were making, then and now, is that they wanted to take an offensive Asian stereotype and own it.

The Supreme Court’s unanimous decision allows a business to call themselves whatever that want, even if some people may find the name offensive.

“The risk you run is people may not listen to you,” said University of Maryland Law Professor Mark Graber.

Graber says the ruling is of immediate significance to the Washington Redskins football team, whose owners made similar arguments after the Patent and Trademark Office ruled in 2014 that the name “Redskins” offends Native Americans and canceled the team’s trademark.

“The Redskins ownership has to be very happy with this decision,” Graber said.

So, is any word potential trademark material at this point? Legally speaking, the court views it as free speech, protected by the First Amendment, Graber said, and he wouldn’t be surprised to see some people try to take advantage.

“When you get a favorable decision, you push it,” he said. “Particularly in the age of Trump, we’re going to see people see how far they can push the offensive line.”

In its ruling, the court argued that historically, the Lanham Act has been applied inconsistently by the Trademark Office. It also said that what does, or does not constitute disparagement, should not be left to whims of a few patent officers.