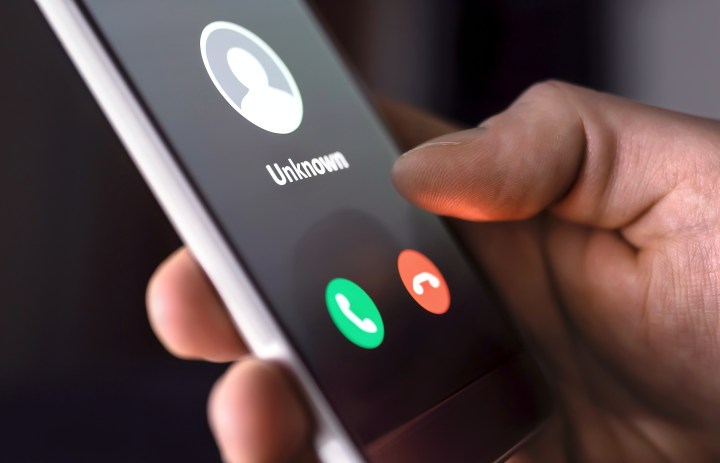 The Supreme Court has heard oral arguments surrounding the constitutionality of robocalls. Tero Vesalainen/Getty Images Plus

The Supreme Court has heard oral arguments surrounding the constitutionality of robocalls. Tero Vesalainen/Getty Images Plus

For the first time ever, the court is hearing oral arguments remotely via telephone hookup. (Justice Ruth Bader Ginsburg, who is recovering from an infection, called in from the Baltimore hospital she’s staying at today.) The court is also livestreaming audio of these hearings.

Here are some of the key business and financial cases being argued, remotely, before the court.

More robocalls? While Americans deal with a seemingly endless volume of these automated messages, robocalls are actually forbidden under a 1991 law known as the Telephone Consumer Act. Congress made an exception in 2015 for robocalls that aim to collect government debt — including federal student loans.

On Wednesday, the Supreme Court heard arguments for Barr v. American Association of Political Consultants Inc., which tests whether banning robocalls violates the First Amendment’s free speech clause. The AAPC says that the exception for debt is illegal and that the entire ban should be struck down. The trade group wants to be able to use automated calls to solicit political donations and advise on political issues.

Contraception coverage: The Supreme Court also heard arguments today over whether the Trump administration can make it easier for employers to refuse to provide free birth control in their insurance plans — if they have religious and moral objections.

The hearing involved two cases: Little Sisters of the Poor v. Pennsylvania and Trump v. Pennsylvania. The administration has tried to expand the types of organizations that could opt out of providing birth control, which Pennsylvania and New Jersey have challenged. They include all nongovernmental workplaces, including both small businesses and Fortune 500 companies, the Washington Post reported. The Obama administration, on the other hand, created exceptions only for churches and other houses of worship and developed workarounds for religiously affiliated organizations like hospitals and universities.

Who gets to own a name: Booking.com is trying to trademark its name, but the U.S. Patent and Trademark Office has refused, arguing that “booking” is a generic term and adding “.com” wouldn’t make it eligible for trademark. The two made their arguments to the Supreme Court at the beginning of this week.

The USPTO has said in the past it’s rejected trademarks for similar names, like Hotels.com, Mattress.com and Lawyers.com. However, Booking.com says that consumers identify the term “Booking.com” as a brand name. Last year, the Richmond, Virginia-based U.S. 4th Circuit Court of Appeals agreed that it’s a valid trademark and that “Booking.com” is a descriptive term instead of a generic one.

The first two cases center on whether congressional committees can issue subpoenas for Trump’s financial records. Meanwhile, Trump v. Vance involves Manhattan Dist. Atty. Cyrus Vance Jr.’s request for Trump’s tax returns as part of a criminal investigation. Trump’s side is arguing that the president can’t be investigated for crimes while in office.