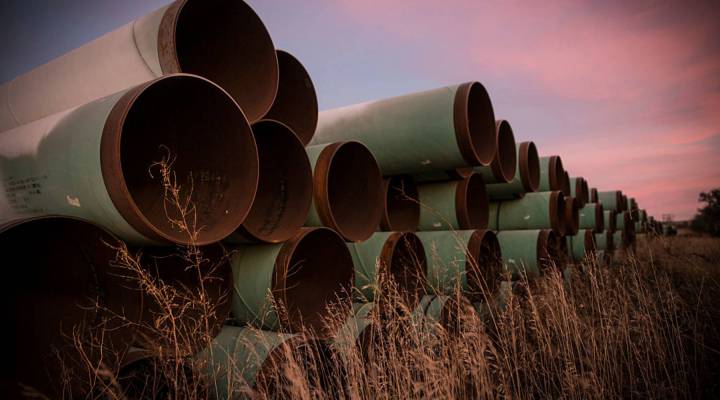 The construction of the controversial Dakota Access Pipeline drew months of protests by Native American tribes and environmental activists last year, but that pipeline is now expected to be fully operational today.

To give clean energy sources like wind and solar a chance, environmental groups want to halt the construction of infrastructure projects, like pipelines, which deliver fossil fuels to market.

“People are coming out against dirty fossil fuel infrastructure projects that would lock us into carbon producing fossil fuels potentially for decades,” said Cathy Collentine with the Sierra Club, which was involved in the Dakota Access Pipeline protests.

That effort failed and now the pipeline could be in use for 40 some years, according to energy expert Michael Webber at the University of Texas at Austin. But Webber said the protests did delay the completion of the pipeline by several months, which could give other pipeline companies pause with their plans.

“If you drive up the cost overall because of more time required for legal maneuvers or permitting or public relations campaigns to overcome the resistance, then that will make the pipelines less competitive compared to some other options,” Webber said.

Still, he thinks the bigger force undermining pipeline construction in some parts of the country is probably oil and gas prices themselves, which for now, are down.