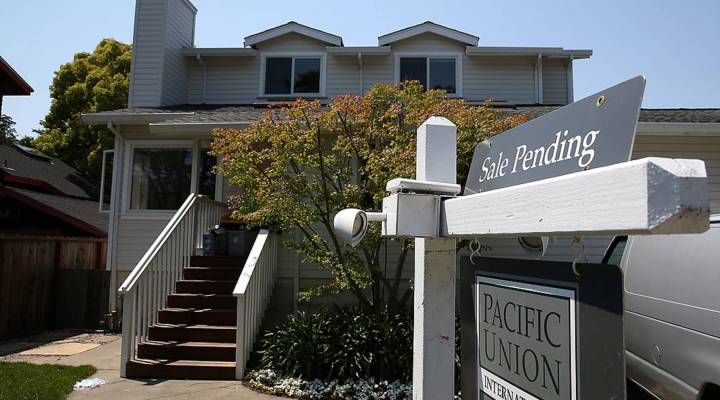 The number of people taking out new home loans is at a three-year low, according to a report out today from the real estate data firm ATTOM. But one group taking out more new loans, ATTOM said, is first-time homebuyers.

Mortgage rates are rising, which means buying the same priced home costs more money every month. And that naturally scares some people away. So what edge do these first-time homebuyers have?

“Almost a quarter of first-time buyers indicate that they received a gift from a relative or friend,” said Danielle Hale at the National Association of Realtors.

As in help with their down payment. But that’s not the only friends-and-family boost. Daren Blomquist, a vice president at ATTOM, said if first-time homebuyers can’t get a mortgage on their own, it appears they’re getting Mom or Dad to co-sign.

“Twenty-two percent of homes that were purchased in the first quarter had at least two non-married borrowers on the loan,” Blomquist said.

Blomquist said, sure, it’s great if parents can afford to help their kid buy a home, but if your kid stops paying, “you’re going to be left holding the bag,” Blomquist said. Which is not exactly a solid foundation for a housing market.