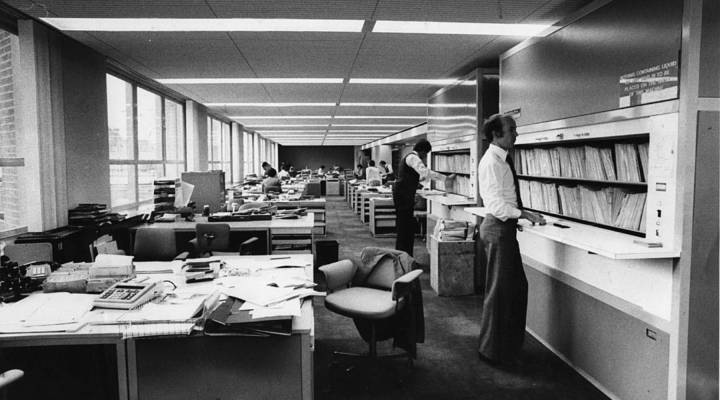 In this commentary, we hear from author Mary Mann, who ponders why we’re bored at work and what it means about your job in her book, “Yawn: Adventures in Boredom.”

Boredom is this sort of irritated restlessness. A lot of times, people will avoid talking about boredom because it’s kind of embarrassing. Nobody really wants to admit that they get bored.

I talked to a lot of friends about how they feel at work and was really surprised that so many of them are bored at work so often, because they’re all very, very busy. But they all find time to check Facebook, to check Instagram, to do whatever it is that they do when they want to get their minds off work that feels boring or feels sort of meaningless.

There was this group of monks in the fourth century called the Desert Fathers. And what they were doing was living out alone in the desert with nothing, just praying and working, and they were so bored. The first written account of boredom comes from this monk called Cassian who came to live with them. He describes “this tedium or perturbation of the heart that induces such lassitude of body and craving for food as one might feel after hard toil. Finally one gazes anxiously here and there and sighs that no Brother of any description is to be seen approaching” — that sounds so much like an office to me, going to and from the break room, grabbing a snack, grabbing a coffee.

And sometimes that’s just a thing you’ve got to get through, those moments. And sometimes it’s a sign that maybe you’re not doing what you want to be doing.