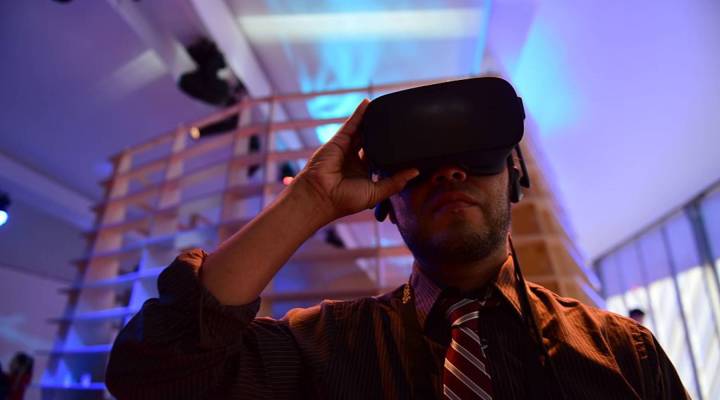 Virtual reality gear has been predicted to be a big trend this holiday season. Even though it’s been popularized as the next big thing for gaming, VR has a lot of potential that reaches beyond just entertainment.

Marketplace Tech host Ben Johnson just launched season two of the podcast Codebreaker, which looks at the intersection of technology, culture and life, and asks whether technology can save us. He says that technology has an opportunity to do a lot more than just save people from boredom.

Ben Johnson on one of the alternative uses of VR:

We look at a bunch of different stories that go way beyond entertainment: virtual reality being used by lawyers in the courtroom in a landmark case. We also heard this story about this woman who had cancer and wasn’t able to leave her house, and her granddaughter used virtual reality to help her be more mobile in some of her final days before she passed away. This is an older person who is using this to move around in a world that is a lot harder for her to move around in. She passed away in 2013.