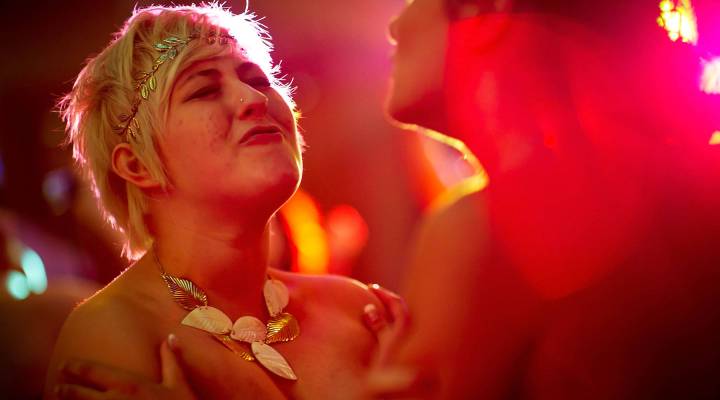 It started as a joke, but ended up being a viral promposal.

Jacob Staudenmaier did not have a prom date for his high school prom. And so the teen, who claims resemblance to Ryan Gosling, decided to ask Emma Stone. How? By making a parody video of a “Another Day of Sun,” an opening number from the popular movie musical “La La Land.”

“I need a date to prom. I should’ve done it earlier but now I’ll sing a song,” Staudenmaier signs in the opening scene of his two-minute-long promposal. The video quickly spread online and was picked up by a number of media outlets.

Days after Staudenmaier tweeted it out, Stone herself responded, turning down his invitation.

“Jacob, thanks for making the greatest proposal I’ve ever received,” she wrote in her message. “I can’t tell you what an honor that was and how much I smiled through that entire beautifully orchestrated video. I’m in London working, but I hope you have the best time at prom, and I’m grateful you thought of me. THANK YOU. P.S. I do see Gosling around the eyes. Love, Emma.”

Promposals like Staudenmaier’s have become all too common. Nowadays, it’s not enough to just ask a girl — or a boy — to prom. One has to make it special, and, if possible, Instagram and Snapchat worthy. According to Mashable, teens are even going as far as purchasing custom-made Snapchat filters to pop the question.

Promposals are nothing new. Back when I was a high school junior in 2004, I was introduced to the idea of promposals — an elaborate way to ask someone to prom — via MTV’s show “Laguna Beach,” where proposals consisted of spelling out “prom” with lit candles and dressing in gorilla costumes and holding banana-shaped signs that said prom.

Now, more than a dozen years later, MTV is ensuring that promposals remain a thing by rolling out a new series called, what else, “Promposal.”

All of this doesn’t come cheap. A 2015 survey by Visa revealed that on average teens were spending as much as $324 on promposals. Then there were other costs, like the tux, the dress, flowers, shoes, tickets, makeup, hair … we could go on. Altogether, prom can cost as much $919 per teen.

“I can definitely see myself spending $1,000 on prom. Last year, since I went to two proms, I spent around $900,” Esther Galo told me in 2015 when I was writing about prom costs for the Guardian. At the time, Galo was 18 years old and she was just getting ready for her senior prom.

To her, the investment was worth it.

“You want to look back on pictures and remember the fun you had and how it was a night you felt and looked your best,” she said. “The memories you make will last forever, so you want to make sure they’re good ones!”