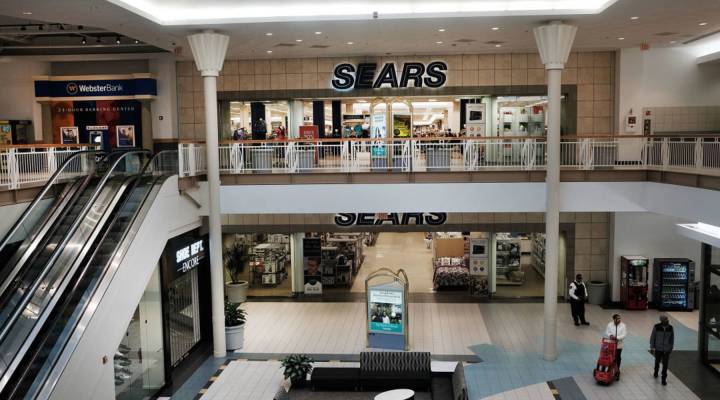 All is not well in the world of American retail. Since October, the sector has lost an estimated 89,000 jobs. For context, that’s more jobs than the total employment in U.S. coal or steel industries. Large department stores such as Macy’s, Sears and J.C. Penney have been closing across the country, and that’s leaving big vacancies in the malls that depend on these stores to draw business. Marketplace host Kai Ryssdal checked in with Alana Ferko, a regular on the show. Ferko manages the Butte Plaza Mall in Butte, Montana, and we last spoke to her in November, after the election. An edited transcript of their conversation follows.

Kai Ryssdal: So we had you on right after the election. You expressed, as a lot of people did back then, relief that the election was over. How do you feel now?

Alana Ferko: You know, actually I believe my stress level has increased considerably. You know, I’m going to say retail is kind of up and down. And I am very concerned [about] some of the things that are going on in politics.

Ryssdal: Tell me how that plays out in the mall. I mean, what do you see on a Saturday afternoon when a lot of people, in theory, should be shopping, but now retail is having such a tough time?

Ferko: Well, retail is having a tough time. And you know, a reality of our life is e-commerce. I mean, it’s very easy for people to order electronically, have it delivered in one to two days. We have suffered a couple of bankruptcies. So we’ve lost some stores. And, I mean, that is a reality. Retail is extremely liquid. We’re playing it day by day.

Ryssdal: Well, your J.C. Penney closed three years ago. Have you had anybody come in and take that side of the mall and get a new anchor tenant in there?

Ferko: We have not, no. I still have two vacancies on my south end, and that’s very concerning.

Ryssdal: What about you? I mean, your job is to keep the Butte Plaza Mall up and running, and full of people, and full of shoppers, and full of retailers selling their wares. How do you get by?

Ferko: You know, it’s challenging. Every day is a creative lesson in stress management. And right, now we’ve got construction on the thoroughfare right outside our door. But since April, we’ve been stressing out because there have been times when we are completely choked off from traffic. Nobody can get in, nobody can get out. That was pretty concerning for Mother’s Day week. They did get everything opened up for us Friday night. You know, all the numbers aren’t in, but I don’t think that the weekend uptick was enough to bring our week up.

Ryssdal: So this is going to sound like it’s a little sideways, but I’m going to throw it at you anyway. We did a national economic poll a month or two ago, and 75 percent of the people that we talked to said that they think Washington, the government in Washington, has just forgotten about people like them. What’s your answer to that same question? Do you think Washington has forgotten about people like you and the folks in Butte?

Ferko: They have. You know, I think all of these millionaires and billionaires are so out of touch, not just with the middle class, but with every class beneath them. It is a worry. I’m worried for my kids’ generation. I just hope that they have the opportunity to achieve a middle-class lifestyle. And it is very concerning to see, you know, that pinch to the middle class. I mean, we are the ones that shore them up at the bottom and keep things stable for the top. It is very concerning. 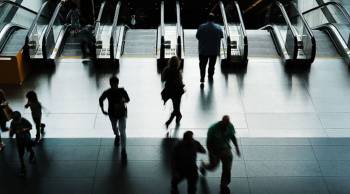