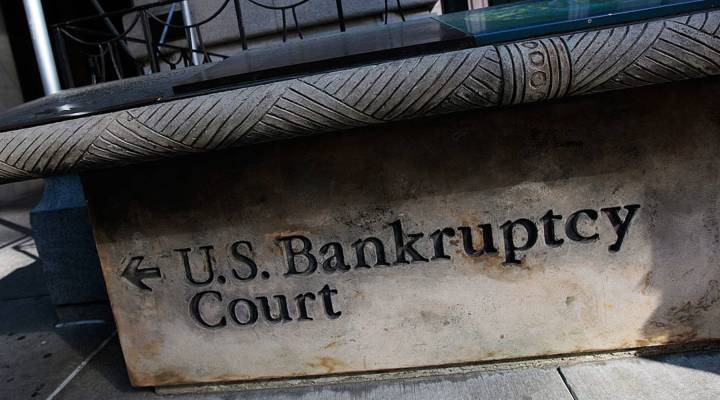 David Barton gyms, at one point, could be found in several major U.S. cities. One in New York sported a wall of electric candles, jars of dried squid, velvet wallpaper, and a wall installation featuring baby doll parts.

“There was this giant disco ball, all these flashy paintings, a lot of people said it looked like a club,” recalled David Rhee, who went to the Astor Place location.

One day, out of the blue, just before last Christmas, Rhee — along with all of the gym’s members — “found an email saying David Barton Gym will be closed down indefinitely.”

People who showed up to work or work out the next day found chains on the doors.  Some had personal items still in their lockers. “I’m like, how is this possible?” Rhee said.

This was not a minor inconvenience for him. “I had paid for two years up front — over two grand,” Rhee said.

What the gym did as far as as its customers, creditors, and employees were concerned, was say “see you in hell, losers.” Legally, though, there’s a word for this. It’s called declaring Chapter 7 bankruptcy.

“This is where companies go to die,” said Abraham Ravid, professor of finance at the Sy Syms School of business at Yeshiva University. “The company disappears.”

“In Chapter 11, everybody gets together — shareholders, management, creditors. Then they decide what to do in order to restructure the company and try to get out of bankruptcy,” explained Ravid.

Chapter 7 is different from the bankruptcy that everyone has heard of, Chapter 11.

But you don’t emerge from Chapter 7. In Chapter 7, you’re done.

“The company is worth more dead than alive. There’s no point in keeping a company going when it racks up losses,” Ravid said

Now when you go under like this, everyone you double-crossed or let down comes a-knocking. In the case of David Barton Gym, they came a-knocking on Yann Geron’s door. Geron is an attorney in New York, and a bankruptcy trustee. This means he was appointed by the Justice Department to prevent a free-for-all when a company declares Chapter 7. He got the David Barton case.

“I was getting frantic calls actually from around the various gyms, from members trying to get into their lockers and they were locked out,” Geron said.

“Lenders were owed many millions of dollars,” he added. Landlords had claims too.

Under Chapter 7, Geron said, all collections lawsuits are stopped. The company’s assets are sold for scraps, and the money is used to pay people back, according to a priority list established by law.

“Secured lenders get first dibs,” Geron said. A few rungs down are employees. What about gym members who prepaid their memberships?

Luckily for former patron Rhee, his credit-card company refunded his membership fees. And the attorney general of New York is suing Club Ventures, the owner of David Barton Gym. Chapter 7 may get you out of business, but it won’t keep you out of court.