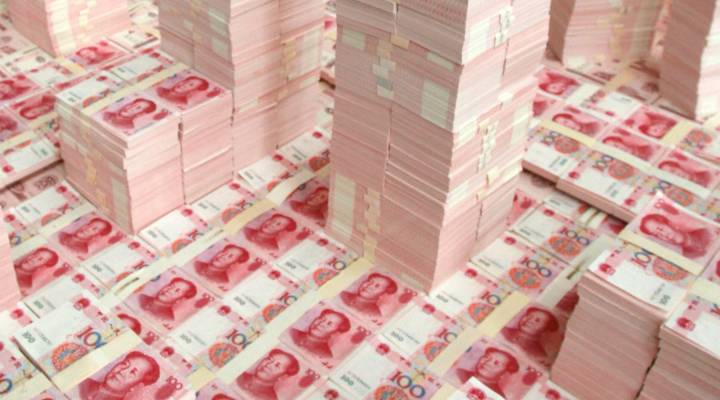 First, Donald Trump claimed China was holding its currency down.

Then he lauded his “outstanding” relationship with the country after a meeting last week with its president, Xi Jinping.

Then he tweeted warnings to the country about helping North Korea.

In a lengthy interview with the Wall Street Journal, Trump backed away from a campaign promise to label China a currency manipulator.

Eswar Prasad, an economics professor at Cornell University, joined us to talk about the U.S.-China relationship moving forward. Below is a transcript of the conversation.

Eswar Prasad: Certainly Mr. Trump taking the nuclear option of calling China a currency manipulator off the table makes a lot of economic sense. And it’ll also allow the U.S. to focus on what is really important for U.S. economic and business interests trying to get better market access in China, and other issues like better protection of intellectual property rights. So this could in fact move the bilateral economic relationship onto a somewhat more even and less confrontationist keel.

Adams: President Trump also mentioned that he offered China better trade terms to help negotiations on North Korea. Can you explain the role that trade plays in the diplomatic relationship here?

Prasad: It’s not often that trade and diplomatic relationships are linked together. But I think Mr. Trump is betting on the notion that trade is very important for China. Now China sends only about a fifth of its exports to the U.S., so the U.S. by itself is not a huge export market. But I think China fears that if the U.S. starts putting restrictions on imports from China, that could affect how other countries perceive China as well. So this is an important bargaining chip that Mr. Trump has, and he seems to be trying to use it in order to gain footing on a variety of objectives, including the diplomatic one such as the relationship with North Korea.

Adams: And President Trump also talked about the downsides of a strong U.S. dollar, how it puts America at a disadvantage. Where do we stand right now relative to the Chinese renminbi?

Prasad: The interesting thing is that the currency manipulation charge that Mr. Trump leveled against China during the campaign certainly was not grounded in economic reality, because if anything, the Chinese currency, the renminbi, has been weakening against U.S. dollar and that’s the way the markets want to push it. And in fact, the Chinese Central Bank has been intervening in foreign exchange markets to prevent it from falling in value relative to the dollar. So if anything, the Chinese have been doing us a favor and Mr. Trump is just recognizing that reality.