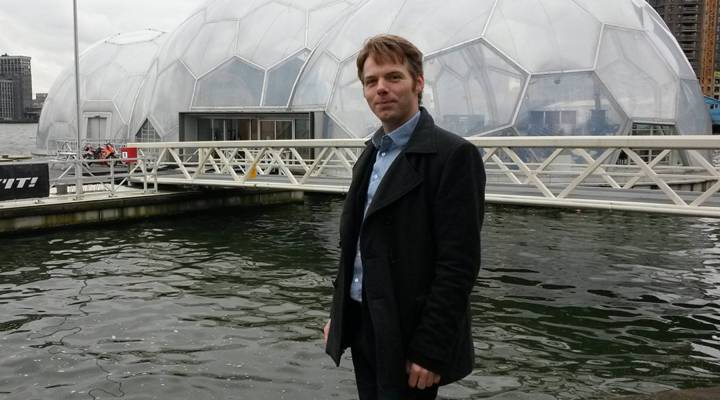 Passengers arriving at Amsterdam’s Schiphol Airport might be alarmed to learn that they are landing on a runway that would  be — if nature took its course — 13 feet under water.   The fact that the runway is dry and the passengers can alight without getting their feet wet is thanks to more than a century of water management. For hundreds of years, the Dutch have been pumping, draining, building sea walls and dykes, fighting coastal erosion and reclaiming land as a matter of national survival because more than half their country lies below sea level.

These skills in keeping water at bay have served the domestic economy in the Netherlands well, but now, in an era of climate change and rising sea levels, they are driving a major export industry as well.

“There are so many cities around the world in deltas, or in coastal zones, very close to the water that are in jeopardy,” Piet Dircke, a Dutch water engineer, told Marketplace. “Millions of people in these big cities need to be protected against the impacts of floods and climate change, and the Dutch know how to do that,” Dircke said.

From Wuhan in China, to São Paulo in Brazil, to Miami, New Orleans and New York, big coastal and riverine cities around the world have been hiring Dutch companies to combat rising sea levels. Dircke’s employer, the giant engineering consulting firm Arcadis, has seen its water business revenues jump by 42 percent over the past five years to $515 million due to this increasing global demand for Dutch expertise.

The know-how extends well beyond pumping and draining. In Rotterdam harbor, an experimental  project has been unveiled that could help communities cope with rising sea levels, not by draining and reclaiming land but by “building on water.”

Above, trees float in Rotterdam harbor in the Netherlands. The experimental project could help communities cope with rising sea levels by “building on water.“

“This complete structure is actually floating,” said architect Bart Roeffen, pointing to three geodesic domes bobbing ever so gently by the quayside. “This floating pavilion has 10,000 square feet of floor space. The base is made of polystyrene foam encased in concrete, and the whole thing is anchored to the sea floor by two big mooring piles, and so it moves up and down almost imperceptibly.”

Roeffen and his company, DeltaSync, developed the floating pavilion as a way of creating extra space in a densely populated country where land is scarce but water plentiful. It’s not too pricey to build.

“It costs about 10 to 15 percent more than a regular land-based structure to put up, but you save money because a plot of water is cheaper than a plot of land,” he said, adding that this technology could help coastal communities defy rising sea levels by expanding into the sea.

Construction will begin next month on another waterborne innovation in Rotterdam harbor: a floating dairy farm.

“We will start with 40 cows, and after that we will have 6,000 chickens, and then we will have a greenhouse,” said Peter Wingerden of Beladon, a property development company. “We are creating the first food strip on water, inside the city,” he said.

Wingerden reckons the farm will be of huge interest to low-lying coastal cities that want to guarantee their food production in case their farmland is flooded. And he insists the cows will love it, too.

“There’s a robot that keeps cleaning the membrane floor continuously so the cows are on a very soft and clean floor. They really like it.”

They don’t prefer it to grass, surely?

“That’s the funny thing,” Wingerden said. “In the tests that we have run, the cows prefer the membrane floor to grass because it’s always soft and very good for their feet, and it’s always clean. So they prefer the membrane floor. Visitors are going to love this,too. This is going to be iconic. We have so much water knowledge built up over centuries in the Netherlands. That’s why we started to look at more space and innovations to create fascinating buildings on the water,” he said. 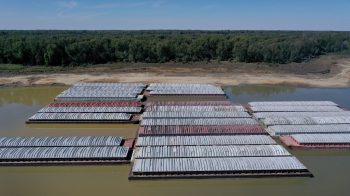