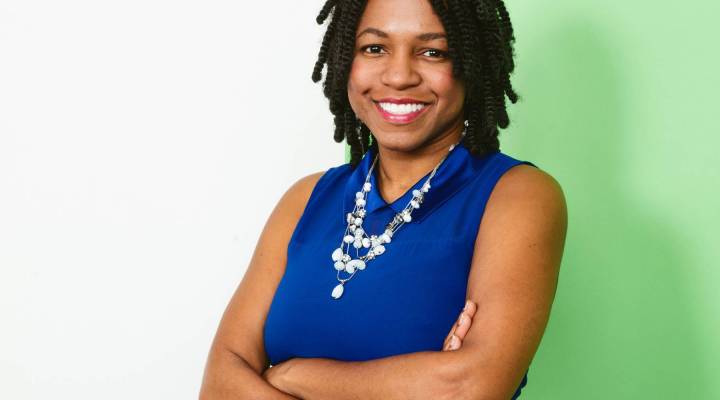 TaskRabbit doubles the number of cities it operates in

TaskRabbit doubles the number of cities it operates in

TaskRabbit is an on-demand app that lets users hire people to complete various household tasks. Think of it like Uber for chores. Stacy Brown-Philpot, the company’s CEO, said over the next six months, the company will double the number of cities it operates in. Brown-Philpot talked with host Kai Ryssdal about the company. Below is an edited transcript of their conversation.

Kai Ryssdal: So when you go to a dinner party or your kid’s soccer game, or, I don’t know, out at the store and someone says, “What do you do?” what do you tell them?

Stacy Brown-Philpot: I tell people I run a company that helps people find other people to do chores around their house.

Ryssdal: And then when they look at you and go, “Huh?” then what do you say?

Brown-Philpot: If you need a handyman to put together some Ikea furniture or you need a TV mounted on the wall, we have an app that you can download and find somebody to do it in just a couple of clicks, in five minutes.

Ryssdal: And you are now in the midst of a big expansion after, it has to be said, growing pretty slowly for a long while.

Ryssdal: You guys profitable yet, by the way?

Brown-Philpot: Very close to profitability, yes we’re on that path.

Ryssdal: Well, that’s always good. Better to be on that path then not. Let me ask you about you, actually, because you have had an interesting route to get to TaskRabbit. From Detroit, you spent time at Goldman Sachs, via Stanford, and then Google before you got recruited to TaskRabbit. What made you want to after time at Google in its early days, why a sharing-economy company?

Brown-Philpot: I fell in love with the vision of TaskRabbit, which is to revolutionize everyday work. And I grew up in the city of Detroit, where a lot of people didn’t have work opportunities but they were good hard-working people, including I had a single mom who took care of me and my brother. And so what we get to do at TaskRabbit is create jobs. I’m excited about the opportunity that we have to what I think of is creating everyday work for everyday people. And it was hard not to pass up a chance to create more jobs for people I grew up with, all over this country.

Ryssdal: OK, but here’s the thing, as you know as well as anybody else in this country by virtue of what you do, the nature of work in this country is changing. The kinds of jobs, the pay of those jobs, all of those things. Is TaskRabbit a place where somebody can go and make a living in this new economy?

Brown-Philpot: Yeah, the nature of work is definitely changing. People aren’t interested in — and the days of wanting to spend 40 hours inside one building doing the same thing is ultimately, I believe, going to disappear. So on TaskRabbit, the average hourly wage is $35 an hour, which is five times the federal minimum wage. And so not only it’s a flexible income, it’s a meaningful income that people all over the country today are using to fill an income gap that they have and pay one to three major bills.

Ryssdal: So this is going to sound maybe a little pointed, but what the heck – that sounds a lot like what the folks who run Uber say. “Oh yeah, it’ll be great for you and you can totally get by,” and then you hear stories about drivers not getting health care and getting expenses that they can’t cover and all of those sorts of things. And so I go back to my previous question, which although artfully you didn’t quite answer — can you make a living working for TaskRabbit?

Ryssdal: This is kind of a more macro question, and I’d be curious to get your take. When do you think this idea of the changing nature of work will become the new normal? This idea that people have to dip in and dip out and do a lot of things to get by? Because clearly that’s the way things are going.

Brown-Philpot: I believe it’s going to be sooner than we all think. Most of our taskers are part time, but the phenomenon that we’re seeing and the trend with them is that they are making more and more hours available to task on TaskRabbit. And as you’ve seen from the way the U.S. government is now tracking census data, they’ve started to track again income from independent contracting services because there’s a recognition that that’s the new normal, or becoming the new normal, of how people work.

Ryssdal: Stacy Brown-Philpot. She is the CEO of TaskRabbit. Thanks very much for your time.