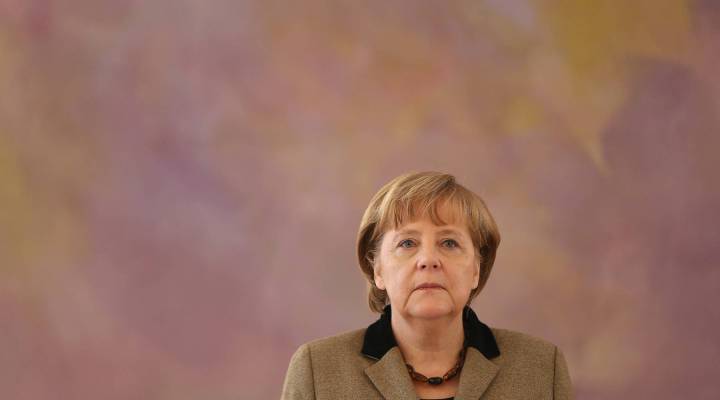 Angela Merkel has been doing her homework. In anticipation of her meeting with Donald Trump this week, the German chancellor has been watching his speeches and interviews and spent time poring over a Playboy interview published in 1990, German officials told Reuters.

Trump and Merkel have had a rocky few months. Before taking up residence in the White House, the 45th president of the United States previously said that Merkel made a “catastrophic mistake” taking in refugees and was “ruining Germany.” Most recently, his administration accused Germany of currency manipulation.

Merkel denied the allegation and, in turn, spoke out against Trump’s immigration ban.

Merkel has served as Germany’s chancellor for more than 11 years. In 2016, Forbes named her the most powerful woman for the sixth consecutive year. She is currently seeking re-election for a fourth term. Trump is the third U.S. president that Merkel will be negotiating with, following George W. Bush and Barack Obama.

As the meeting between the two leaders neared, Reuters reported Merkel’s team sought advice from other world leaders who have met with Trump in recent weeks, including Canada’s Justin Trudeau and Japan’s Shinzo Abe. Merkel also set expectations for a more friendly outcome of the face-to-face meeting, which is to take place in Washington, D.C., at the end of this week.

“Face-to-face talks are always much better than talking about each other,” Merkel said recently. “That’s my motto for this visit, which I’m looking forward to it.”

Merkel’s cautious approach is understandable considering that Germany is one of our top five trading partners.

Here’s a brief look at where the trade relationship with Germany stands, by the numbers:

$64.8 billion: In 2016, U.S. trade with Germany resulted in a $64.8 billion trade deficit. In January, the trade between the two nations resulted in a $4.9 billion deficit for the U.S. According to the U.S. Census Bureau, Germany is our fifth-largest export and import market.

$270 billion: Last year, Germany reported a record-breaking global trade surplus of $270 billion. The news of its surplus came around the time that Peter Navarro, Trump’s top trade adviser, accused the country of using the “grossly undervalued” euro to take advantage of the U.S. and members of European Union. Germany has denied those allegations.

35 percent: German carmaker BMW recently came under fire from Trump for its plans to open a new factory in Mexico by 2019. Trump threatened to impose a tax on cars imported to the U.S.

“I would tell BMW if they want to build a factory in Mexico and sell the cars in the U.S. without paying a 35 percent tax, then they can forget about it,” he told Bild, the German newspaper.

Ian Robertson, chief of sales and marketing at the BMW Group, debuts the BMW X6M on Nov. 19 at the Los Angeles Auto Show’s press and trade day.

$22 billion: New and used cars are the top U.S. import from Germany. In 2016, about $22 billion worth of cars were imported, according to the U.S. Census. The second-most popular import is pharmaceuticals, of which about $13.7 billion were imported.