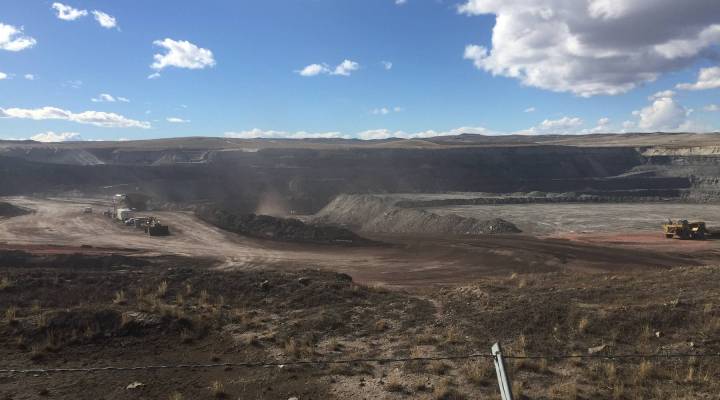 COPY
Eagle Butte Mine is one of the many open-pit mines that characterize Wyoming and the western mining industry. Hayley Hershman/Marketplace

Eagle Butte Mine is one of the many open-pit mines that characterize Wyoming and the western mining industry. Hayley Hershman/Marketplace
Listen Now

Editor’s note: Over the past couple years, we’ve talked to the mayors of three different cities: Dalton, Georgia; Gillette, Wyoming; and Corvallis, Oregon. They’re all different places with different people, economies and politics. We spoke to each mayor right before the election, and now we’re checking in with these cities by visiting each place. The first city we visited was the carpet capital of the world. Next up, Gillette, Wyoming

Gillette, Wyoming, is a small city of just over 30,000 people. Its economy is deeply dependent on the extraction industry: oil, gas, uranium and especially coal. Wyoming produces about 40 percent of American coal, and Campbell County, where Gillette is located, produces more than 80 percent of Wyoming’s coal.

Wyoming uses western mining — not the underground maze you might imagine when you think of a coal mine, but a collection of huge, open pits. They look like quarries with cliffs for sides, and looking down from the ledge, the 50-foot trucks inside seem like Matchbox cars.

It’s been a rough couple of years for coal and for Gillette. Residents felt punished by environmental regulations and the shift away from coal on the energy market. Coal production fell to its lowest level in decades, and the mines in town laid off hundreds of workers.

Most people in Gillette were bracing for Hillary Clinton to win the election and expected things to get harder. Louise Carter King, the mayor of Gillette, said a Clinton victory would be “the final nail in the coffin” for the city.

Train cars pulling coal along the railroad in Gillette.

“It was like a switch had been flipped in this town,” Carter King said. “People went to restaurants that next day. They were full, people were bustling. Just the whole attitude changed in the community. It’s just the attitude and hope, and it was just great.”

Carter King has been in office for about two years. Her father, Herb Carter, was the city’s mayor in the ’80s, and back then, this was a boom-and-bust town. Men came to work in the mines and lived in hotels or trailers. When the job was done, they went back to wherever they were from. “Gillette Syndrome” was the era’s shorthand for problems like crime and high costs in a transient place.

Carter-King is trying to build a more stable Gillette, a place where people stay and raise their kids. There are more restaurants now, sports fields and new subdivisions that meet Wyoming grassland.

But all of this depends on the industries that make the city’s economy run. It’s not an exaggeration to say that many people here feel like President Donald Trump is bringing their town back to life. Since taking office, he has already reversed two Obama-era coal regulations. He opposes the Clean Power Plan, which aims to cut carbon emissions and shift away from coal power, and even though he gives the mayor some pause, she says, “as far as energy goes, we feel that he is good for our community, and as a mayor, that is my top concern.”

Thanks to coal, Campbell County traditionally brings in more revenue than any other county in the state. Revenue from taxes on the industry goes to the city, the schools and into funding places that help create a more stable, permanent community.

People here are optimistic about the economy and the extraction industry under the new administration, but no matter who’s in the White House, they know the city has to diversify because the future of the coal market is uncertain. Patrick Hladky and his brother run Cyclone Drilling, an oil rig company started by their father.

“Natural gas is in competition for power generation,” Hladky said. “The downturn in coal was less to do with regulation by the federal government and more to do with the price of natural gas.”

Workers give a tour of the facilities at Atlas Carbon, an activated carbon facility.

That is a difficult thing to say out loud in Gillette, where coal is part of the way of life. This is a city that is proud of what it does. Many people feel that coal has been demonized, while the reality for the people here is that coal feeds families.

“What fails to make the press is that these people are out here providing a product that the American people need,” said Paul Hladky, Patrick’s brother. “When the light switch comes on, it comes from coal generation or natural gas, and when you go to the filling station, you fill up with oil from a domestic source.”

The economics of coal may be hard to escape, but the economy is picking up a little here. Even though more work is automated these days, the coal mines have hired some workers back and the Hladky brothers are getting ready to put another rig in the field to drill for oil. Twenty-five of their rigs have been sitting idle in a yard while they wait for the energy markets to shift.

Across town, there’s a business that represents the future of Gillette. Atlas Carbon makes activated carbon, which is used in everyday items, like a Brita water filter or Biore pore strips. Atlas Carbon produces huge chemical filters for water and air that remove pollutants like mercury from coal in power plants.

The facilities at Atlas Carbon.

The company employs 12 people. It can’t fill the jobs gap left by the mine layoffs, but its leaders hope to hire more people as the local economy and their production process pick up.

“You’ll see signs around town saying ‘Stay strong, Gillette,’ and the community’s really rallied around, and we think it’s gonna improve,” said Michael Jones, the chief engineer at Atlas Carbon. “And those things are bright for the community going forward.”

Atlas Carbon is banking on the future of coal and extraction — not just for its own business making activated carbon, but for power plants, where burning fossil fuel creates electricity. Dry Fork Station is one of the newest coal-fired power plants in the country, running on coal extracted only yards away. It uses activated carbon to clean up its emissions.

Dry Fork Station, one of the newest power plants in the nation.

Gillette is proud of it and its new technology. Plant manager Tom Stalcup said that at Dry Fork Station’s grand opening, “there were so many people that didn’t think we were running, and it was one of the questions from the crowd, ‘Are you even running?’ And we said, ‘We’re not only running, but we’re at full capacity right now.'”

You cannot see any smoke in the sky at the plant. That matters to people in the town, because even though activated carbon doesn’t remove all emissions or greenhouse gases, people in Gillette are sensitive to the charge that they do not care about the environment that they live in.

It is a constant balancing act in Gillette between the industry that keeps its economy going and the natural beauty and quality of life that make people want to stay here. 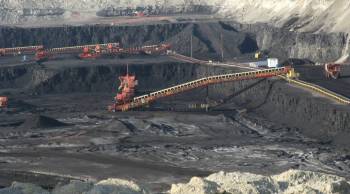